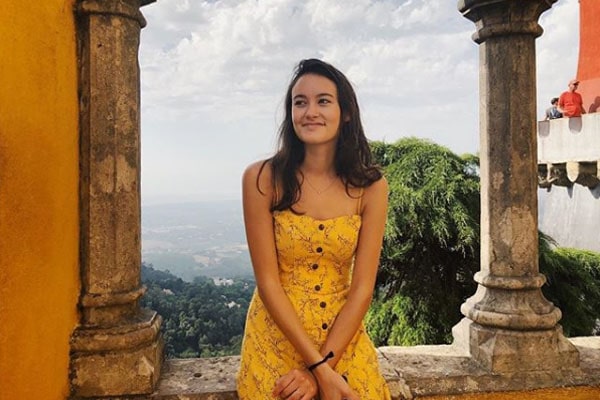 Bailey had a younger brother named Beckett Cypher. Sadly he passed away on May 13, 2020, at the age of 21. She also has twin half-siblings, Miller Steven and Johnnie Rose Etheridge. They are Melissa Etheridge’s children with her ex-partner, Tammy Lynn Michaels.

As of now, Bailey’s mom, Melissa, is in a relationship with Linda Wallem, and they got married to each other in 2014. On the other hand, Julie Cypher married Matthew Hale in 2004. So, coming back to Bailey, let’s know more about Julie Cypher’s daughter, Bailey Jean Cypher.

Paid Tribute To Her Brother, Beckett

As mentioned prior, Bailey’s younger brother, Beckett Cypher, left the world on May 13, 2020, after the struggle with opioid addiction. It was so difficult for Bailey to lose someone very close to her. She is probably going through some rough times and is badly missing her brother.

Julie Cypher’s daughter shared a touching tribute to her late brother. She shared her grief, posting a heartbreaking message, and photos with Beckett on Instagram. She captioned the picture saying,

“I don’t know what to say. Today we lost my brother. Too heartbroken and overwhelmed to be eloquent but appreciate all those who have reached out. I love you, Beckett. Fly high and watch over us.”

May Beckett ‘rest in peace’ in heaven. Our thoughts are with Bailey and her family members.

Glancing at Bailey’s Instagram profile, she looks to be the kind of person who loves traveling and wandering around the world. If you go through her photos, she is most probably in love with the oceans, seas, and beaches. Certainly, traveling around the new and exciting places brings comfort in Bailey’s life. She cannot stop herself from capturing the beautiful nature inside the lens.

She also seems to love hanging h/out with her friends and families. We can say that Bailey has a friendly and loving personality. The gorgeous girl is, however, living a completely different life than her parents. She seems to be happy with how her life is going.

Relationship With Her Family Members

Well, Bailey Jean Cypher apparently has a warm relationship with both of her parents. You can see Bailey beside her mom, Melissa Etheridge, as her companion at the red carpet. Similarly, Julie Cypher seems to catch up with her daughter frequently to spend precious mom-daughter times.

In addition to that, Bailey is very close to her twin half-siblings, Miller Steven and Johnnie Rose Etheridge. It seems as though she feels fortunate to be their half-sister.

As for Julie Cypher’s daughter’s love life and affairs, she is probably very single. But it could also be that she might be keeping her love-life a secret. If that’s the case, her other half must be very lucky to have Bailey as his partner.