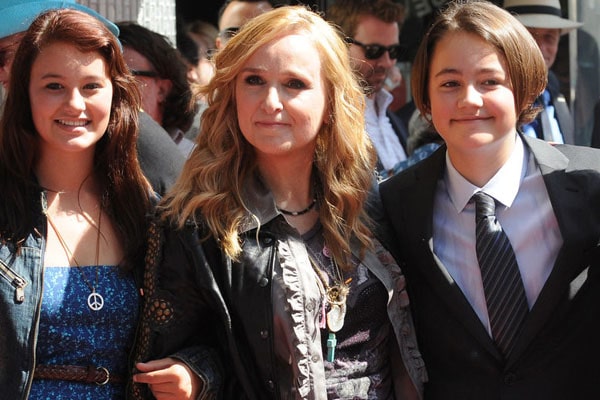 An American singer-songwriter, Melissa Etheridge, is mourning her beloved son, Beckett Cypher‘s death at a very young age of 21 from an opioid overdose.

The 58-year-old gave birth to Beckett in 1998 after being artificially impregnated with David Crosby‘s semen. Etheridge and her former partner, Julie Cypher, kept the identity secret initially but revealed that the biological father of the two children, Bailey Jean and Beckett was Rock & Roll Hall of Famer, David.

Melissa released her twitter statement on Wednesday, saying how heartbroken she was because of the loss. She tweeted that she now became a part of the hundreds of thousands of families who have lost their loved ones to opium addiction. She wrote, “My son Beckett, who was just 21, struggled to overcome his addiction and finally succumbed to it today.” She further consoled, saying that he will be missed by those who loved him, his family, and his friends.

She further continued to express her gratitude towards all those who had reached out with condolences and said that she felt their love and sincere sorrow.  Etheridge also wrote that she acknowledges her son is out of pain and thinks of ways she would have done to save him.

Etheridge’s representative had announced the tragic passing of Melissa’s son via Twitter & Facebook and reported that the daily Facebook Live concert Etheridge has been giving during the pandemic was canceled.

Although her Facebook Live was canceled, she promised her fans to sing again as it always healed her.

Fans, organizations, and celebrities also shared their condolences via tweets and encouraged her to remain strong. Along with late Beckett and Bailey, Melissa Etheridge is also a mother to 13 y/o twins, Miller Steven Etheridge and Johnnie Rose Etheridge from her relationship with actress, Tammy Lynn Michaels.

While the world is grieving Melissa Etheridge’s son, Beckett Cypher, along with her, let’s hope the departed soul rests in peace.