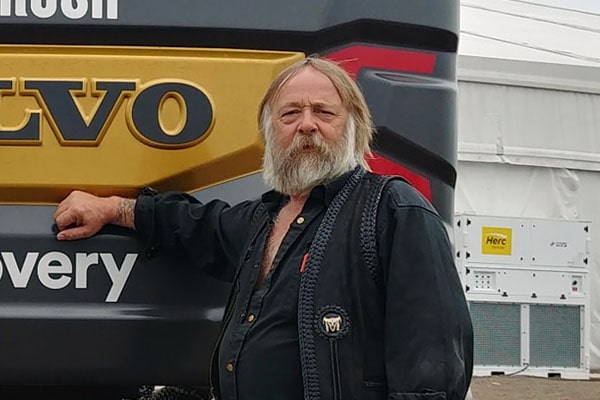 Bianca Beets is the daughter of the well-known Klondike-based gold miner, Tony Beets, with his wife of over three decades, Minnie Beets. Almost every of her family members is in the mining business. However, Bianca chose her own career path and is working on it at the moment.

So, how much do you know about the mining legend Tony Beets’ daughter, Bianca Beets? If you are still looking to get to know her, then you are at the right place.

Here, get familiar with some fascinating facts about Bianca, including her professional and personal details.

Those who are keeping track of Tony Beets’ personal and professional life know that he is a proud father to four kids with his wife, Minnie Beets. Among the four, Bianca is their first daughter. Her younger sister, Monica Beets, arrived a couple of years after her birth, on 7 November 1993.

Similarly, Bianca Beets has two elder brothers, Mike Beets, born in 1990, and Kevin Beets, born in 1988. All three of Bianca’s siblings help their dad in their family’s mining business. Currently, each one of them has independent jobs to assist their father in the mine.

Furthermore, Bianca Beets also had a sister named Jasmine Beets, who had joined the Beets family on 15 December 1992 and was born with an extra chromosome. However, she drew her last breath just a few months after her birth, on 1 March 1993. In memory of Jasmine, Tony got a tattoo of a Jasmine flower and her date of birth and death on his hands.

Her Parents Are Childhood Friends

Bianca Beets’ parents, Tony Beets and Minnie Beets, have known each other since their childhood days. They first met each other when Tony and his family settled down next door to Minnie’s home in Friesland. At that time, Minnie was six while Tony was 7.

After knowing each other for a very long time, the childhood buddies later turned their friendship into a relationship. Tony and Minnie dated for some months and eventually tied their marital knot before migrating to Canada for better employment in 1980.

Ever since Bianca Beets’ mom and dad took their wedding vows, her mother acted as a massive contributor to her father’s success. While Tony kept himself busy with his mining works, Minnie stayed home and raised Bianca and her three siblings.

Does Not Work With Her Family In Mining Business

As mentioned earlier, despite having several companies in Canada, Tony Beets’ daughter, Bianca Beets, does not show any interest in her family business. Unlike her siblings, who are following their dad’s footsteps in the mining business, she chose a different career path.

In 2016, one of the Twitter users asked Bianca’s sister, Monica Beets, why Bianca does not work with her family.  Monica replied that her sister is a private person and does not want to be filmed. So, it might be the reason Bianca has not yet appeared in any episodes of Gold Rush. Despite that, we still hope she might sometimes help her family members in mining behind the camera.

My sister is a private person and doesn’t want to be filmed. https://t.co/jea85BmMWd

So, currently, Tony Beets’ daughter, Bianca Beets, is pursuing her career in her own chosen field. But, sadly, which field she chose is still a secret to the public. In addition, unlike her sister, Monica, and brother, Kevin, Bianca has not opened up about her love life. Therefore, whether Beets has a boyfriend is unknown, but we hope she is happy with her life.

Hopefully, either Bianca herself or her family members will soon reveal more about her life so that we can know her better.