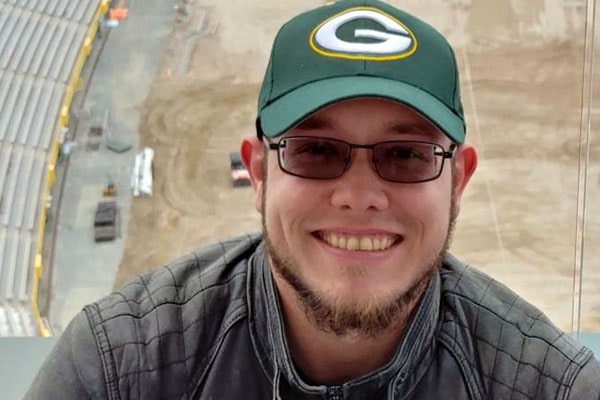 Gold Rush star Tony Beets is as notorious in Canada for his gold mining skills as he is for his colorful language. However, he is not the only Beets family member who is involved in the mining business. His son, Kevin Beets, is also gaining considerable fame for being an important member of the Beets Crew in the Discovery Channel’s show Gold Rush.

Here, in this article, let’s get a closer look at Tony Beets’ son, Kevin Beets, and be familiar with some of his personal and professional facts.

Kevin Beets is the firstborn of the Klondike-based maverick mining legend Tony Beets with his beautiful wife, Minnie Beets. Kevin made Tony and Minnie proud parents for the first time with his arrival on 10 June 1988.

Talking about his educational achievements, Tony Beets’ son, Kevin Beets, acquired a degree in Leadership from the University of New Brunswick. Similarly, he also has a degree in Computer Science from the same university.

Furthermore, the eldest of the Beets bunch, Kevin, has three younger siblings, Mike Beets, Monica Beets, and Bianca Beets. His brother, Mike, and sister, Monica, are also in the mining business, while his other sister, Bianca, chose a different field as her career.

Besides, Kevin Beets also had a younger sister named Jasmine Beets, who was born with an extra chromosome on 15 December 1992. Unfortunately, little Jasmine passed away at the age of two and a half months on 1 March 1993.

Carrying On His Father’s Legacy

Mining skill is in the blood of the Beets family. So, it is no surprise that Tony Beets’ son, Kevin Beets is also involved in the family business. According to Kevin’s bio on Discovery’s website, he has been mining with his dad since he was a 13 years old boy. And, he has been running the Beets crew since he was 19 and looking to use his college degree in the process.

Kevin Beets’ first major challenge came in 2011 when he got the job to lead the Eureka Camp site for three years. He served on the site until 2013 and then joined his dad at the main dredge. Similarly, Kevin made his Gold Rush debut during its fifth season.

As a part of the Beets crew in the fifth season of Gold Rush, Kevin worked at the Paradise Hill Claim and disassembled the Beets bacon strip machine at the Clear Creek. Then, he reassembled it at Eureka Creek Claim. Ever since then, he became the series’ regular cast member and established himself as one of the main stars of the show.

Furthermore, a master of machinery operation, daring Kevin is fond of working with heavy machinery. Besides that, he enjoys fabricating, welding, and other mechanic work. To Kevin, mechanic work is not just pleasing but also motivating.

Like most celebrity kids worldwide, Tony Beets’ son, Kevin Beets is usually secretive regarding his love life. He has not unveiled much about his love interest and his dating life. However, going through his social media handles and other online sources, it is clear that he is in a romantic relationship with Faith Teng.

Kevin Beets’ girlfriend, Faith Teng, is an Asian-American and has appeared on some episodes of Gold Rush with Beets crew. Moreover, she also sometimes gets featured on her man, Kevin’s social networking handles.

Nevertheless, Kevin Beets is living his life to his best, working with his family in the mine, using his knowledge about machinery in the mining business, and enjoying his love life behind the camera. We hope to learn more about Kevin in the days to come.

The name Kevin originated from the Irish masculine given name Caoimhin, which means of noble birth.