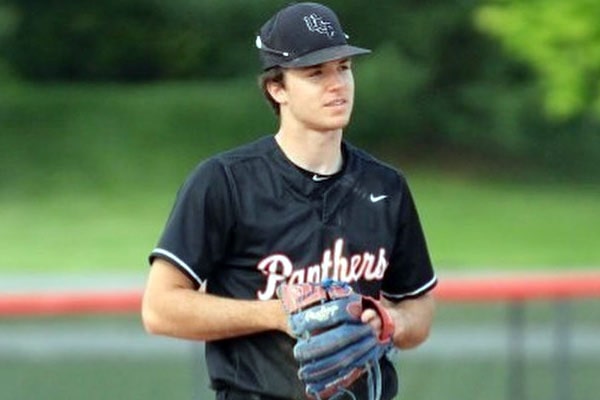 Jacob Casey is the son of the legendary former Major League Baseball first baseman Sean Casey with his long-time wife, Mandi Casey. Currently, he is a part of the excess media scrutiny for being the baseball legend’s offspring. However, it seems like he will soon gain popularity in the sports world in his own rights as he is also pursuing a career in baseball.

So, here is all you need to be familiar with about one of Sean Casey’s sons, Jacob Casey.

Jacob Casey is the son of the current broadcaster for the MLB Network, Sean Casey, with his wife, Mandi Casey. Also known as Jake Casey, Jacob is the second child of the beautiful pair, Sean and Mandi, who arrived in this world in 2002 in Pittsburgh, Pennsylvania.

Reportedly, Jacob Casey’s parents, Sean Casey and Mandi Casey, took their wedding vows after a year of dating on 6 November 1999. They met for the first time in Akron in 1998 and started dating, followed by an engagement some months later.

The decades-long togetherness of Sean and Mandi as husband and wife has not just made them proud parents to Jacob but also three more kids. Currently, all four of their children are pursuing their careers in their own chosen paths.

As mentioned earlier, Jacob Casey is one of the four kids of the beautiful couple, Sean and Mandi Casey. He has an elder brother named Andrew Casey and two younger sisters, Carli Casey and Jillian Casey. Jacob, aka Jake, shares a great bonding with all three of his siblings and enjoys spending his free time with them.

Jacob Casey’s brother, Andrew Casey, who is just a year older than him, is also paving his path to stardom as a baseball player like their dad, Sean Casey. The three-year varsity player at Upper Saint Clair High School, Andrew is currently a four-year starter at first base for the University of Southern California.

Furthermore, talking about Jacob Casey’s sisters, Carli and Jillian, currently maintain a private lifestyle. Therefore, not much is known to the public about their current educational status and other details. However, just like their brother, the young girls might also be good at sports.

Sean Casey has always been very influential for his kids, but he never forced them to do anything they are not interested in. Likewise, he never pressured his kids to follow in his footsteps and play baseball. Despite that, Jacob Casey chose baseball as his career. Lately, he is a member of the travel team at Steel City Wildcats committed to Kent State University.

Sean Casey’s son, Jacob Casey, began playing baseball at a young age. The only thing he wanted to play with his siblings was baseball as he had fallen in love with the sport. Moreover, his elder brother, Andrew, also influenced him to play the game by setting an example that was not hard for Jake to follow.

So, soon after enrolling at his dad’s alma mater, Upper St. Clair High School, Jacob joined its varsity baseball team. During his tenure in Upper St. Clair, he helped his team win numerous games. Also, he played on the AAU baseball circuit with the Steel City Wildcats for two seasons.

Recently, the aspiring athlete, with a powerful swing and overall athleticism, Jacob accepted a baseball scholarship from Kent State University. Other universities like Penn State, Central Florida, James Madison, Texas Tech, Radford, and his dad’s alma mater, Richmond, were planning on recruiting him, but Casey committed to Kent State as he liked it best. According to Sean Casey’s kid, Kent State’s facilities and proximity to Pittsburgh and family made him choose it.

As for his love life, there haven’t been any rumors about Jacob Casey’s partner/girlfriend. But let’s hope he opens up about his romantic life in the near future.

So, for now, Jacob Casey is excelling in his baseball career. We hope he will get the opportunity to play in the MLB shortly and establish himself as an ideal baseball player.

Jacob is a famous boy name that comes from the Old Testament. It means supplanter.