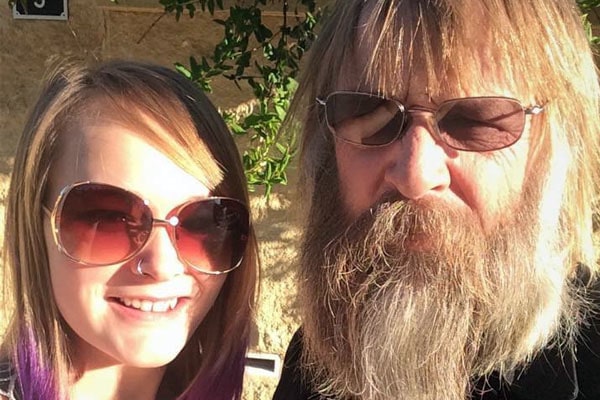 Monica Beets is one of the four kids of the legendary gold miner, Tony Beets. Image Source: Monica Beets' Instagram.

If you are a fan of the Discovery Channel’s show ‘Gold Rush,’ then you surely might be familiar with Tony Beets and his daughter, Monica Beets. Like her father, Tony, who is regarded as a legendary gold producer of the Klondike, Monika also chose mining as her career. Currently, she works alongside her father and other family members to find gold.

In this article, we will be talking about some interesting facts about Tony Beets’ daughter, Monica Beets. So, without any delay, let’s dive into Monica’s personal and professional life.

The Beets family tradition of mining is being carried out from one generation to the other for ages. So, it is no surprise that Monica is also a part of her family’s mining business. According to her bio on Discovery’s official website, she started showing interest in mining from the early age of 12 after her dad, Tony, put her in a front-end loader.

Since her father included her in mining, Monica Beets began giving her full dedication to the field. She trained at the family mines and gained an understanding of heavy machinery from her dad. By 16, Monica started exerting herself full time in several mining operations and established her career in it.

At 18, she got appointed Supervisor at Paradise Hill, where she enjoyed bossing around men twice her age. Many tried to distract her from her job by saying she is just a girl and knew nothing. However, the fact is, she knows a lot about mining, as her father backed her up.

As a crucial member of the Beets crew, Tony Beets’ daughter usually looks after the overall routine and troubles in the business. And, her dedication to gold mining is helping her add thousands of dollars to her net worth.

Furthermore, as they film the show from April to October, she works in the mine for 12 hours every day the whole season. But, surprisingly, she doesn’t watch the show while it airs from October to April. It’s because she takes that time as her downtime and does not want to watch what she does all year.

One Of The Four Kids Of Tony Beets

Monica Beets is one of the four kids of Tony Beets with his loving wife, Minnie Beets. Born on November 7, 1993, in Canada’s Dawson City, Monica has three older siblings. She is the younger sister of Kevin Beets and Mike Beets. Similarly, Monica has an elder sister named Bianca Beets.

Besides, Monica Beets also had a sister named Jasmine Beets, whom her parents welcomed a year before her birth. However, she could not meet her as she died at the young age of two and a half months in 1993. Reportedly, the cause of her sister Jasmine’s death was an extra chromosome (trisomy).

Furthermore, with his actions in the Gold Rush show, the legendary gold miner, Tony Beets, seems to love all of his four children equally. But, as mentioned by his daughter, Monica Beets, in a rare behind-the-scenes interview, she is his favorite one. However, we hope it does not affect Monica’s bonding with her siblings behind and in front of the camera.

The daring lady with brown eyes and blonde hair, Monica Beets, is in a marital relationship with Taylor Mayes. Tony Beets’ daughter, Monica, exchanged wedding vows with her then-boyfriend, Taylor Mayes, on August 11, 2018.

Moreover, before meeting Taylor, Monica Beets dated a couple of her fellow cast members of Gold Rush. At first, Parker Schnabel had a crush on her. However, their relationship came to an end even before it turned into an intimate one for the sake of their mining career. Similarly, Monica also dated her fellow cast member, Brandon Harper, for a while in the past.

But now, the brave lady, Monica Beets, is happy in her marriage with Taylor Mayes. And, we hope we will soon get to hear news of her being a proud momma with her beloved husband.

So, if you yearn to know Monica more, then do check out her social media profiles, where she frequently shares a variety of items concerning her professional and personal updates.

Hence, for now, the tattoo enthusiast and gold miner Monica Beets is living her life to her best, following her dreams. Hopefully, we will be acquainted with more about her in the upcoming days.