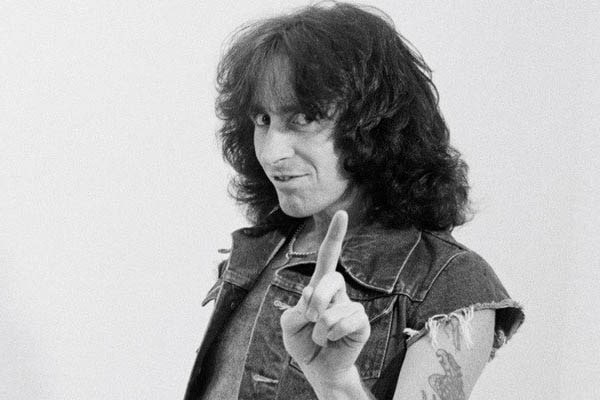 Only few of Bon Scott's children are known to the public. Image Source: Social Media.

Bon Scott, aka Ronald Belford Scott, is not an unfamiliar name in the music industry. The Australian singer, songwriter, and instrumentalist is not just famous within Australia but throughout the whole world. Scott is best recognized for being the frontman of the renowned hard rock band AC/DC. He served as a lead singer and songwriter in AC/DC after replacing the former singer Dave Evans from 1974 until his sudden demise in 1980. People are still curious to know the real reasons behind Bon Scott’s death. But, sadly, no one has been successful in finding it out.

The AC/DC frontman, Bon Scott married an Adelaide girl named Irene Thornton in 1972 while he was still a singer for a local band, Fraternity. Besides, he was in an extramarital relationship with several women. Among those numerous girlfriends of the singer, a couple of them even gave birth to Bon Scott’s children. Here, please get familiar with every one of Bon Scott’s children that we know of.

As we mentioned earlier, Bon Scott married only once but was intimate with numerous women out of his marriage. According to various sources, Scott had an addiction to women, drugs, partying, and alcohol. So, he might have many baby mamas who are still unknown to the public, and probably, if he was alive, he also would not have recognized many of them.

Ben Scott married an Adelaide beauty, Irene Thornton, in 1972 after dating her for a year. But they could not protect their marital life for long and separated five years later, at the end of 1977. Thornton has written numerous books on Bon Scott and her life with him. However, she never mentioned having any kids with him. So, it seems like Scott did not have any kids from his marriage.

Talking about his children from his extramarital relationships, only a few of them introduced themselves to the public after his death. A book about the former AC/DC frontman revealed that once, he visited two women in the same maternity ward after they gave birth to Bon Scott’s children at the same time. However, AC/DC’s previous manager and the book’s author, Michael Browning, said that neither lady knew of the other’s existence. Moreover, the names of Bon Scott’s baby mamas and his children are not mentioned in the book.

One Of Bon Scott’s Sons Was Seven When Bon Died

Among numerous Bon Scott’s children, Benjamin Scott is the one whom various online sources often mention in their articles. Though the identity of Benjamin Scott’s mother is still a mystery, in some interviews, he mentioned that he was only seven when his dad, Bon Scott, died.

While sharing a story after the tragic demise of Bon Scott, his son, Ben, said that he didn’t think he really ever recovered from his father’s death. For months after Bon died, Ben kept stopping by a record shop in Mordialloc, asking if his dad was there even after his mom explained his dad’s death to him. He still expects Bon to surprise him and show up in front of him.

Bon Scott’s son, Ben Scott, still thinks that Kirriemuir, the place where Bon grew up, holds his life in huge esteem. He regularly attends the annual rock festival at Kirriemuir, where Bon Scott’s life-sized statue was built in 2016. However, many Bon Scott fans worldwide are still confused if Ben is really the son of their idol.

Years After Bon Scott’s Death, One Australian Claimed To Be His Son

An Australian boy, Dave Stevens, claimed to be the son of the late AC/DC legend, Bon Scott. Soon after Dave’s mom welcomed him on this earth, she left him in a foster care home in Geelong. When Steven reached the age of 18, he started looking for his biological parents. And, when Dave acquired his mother’s name, he finally found her after four years. She told him about his biological father and asked him if he also can sing like his father.

In 2017, the Courier magazine noted that Bon Scott’s son, Dave Stevens, would join up his father’s former AC/DC bandmates, Simon Wright and Mark Evans, for a special memorial tour. During an interview, Stevens said that he inherited his dad’s natural voice, but he is not a great singer. And apart from the voice, what Dave is most proud of is that no-one who knew his father had a bad word to say. So he is inspired by the great Bon Scott.

The question is that Is Dave Stevens really the son of the legendary singer, Bon Scott? We could have known the answer to this question if Bon Scott was alive, but sadly there is no way to know the truth. Nevertheless, we hope that the famous AC/DC singer has found peace and is sending blessings for his offsprings.