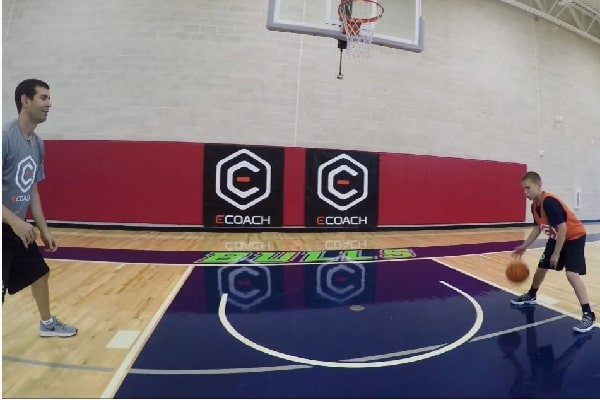 Brady is the first child of coach Brad and his wife, Tracy. Image source: social media .

Brad Stevens is one of the best emerging coaches in the National Basketball Association. The 44-years-old is best known for his motion offense and a stingy defense. This man working for Boston Celtics since 2013 has more than two decades of basketball experience under his belt.

Brad doesn’t like to keep his family’s profile too high, neither too low; he is quite ambivalent about that. He is happily married to Tracy Wilhelmy Stevens since August 2003. This wonderful couple is parents to two wonderful children: Kinsley Stevens (daughter) and Brady Stevens (son). In this article, we will be particularly focusing on Tracy and Brad Stevens’ son Brady.

Tracy and Brad welcomed their first child Brady at some time between 2006-2007. Brad hadn’t gained much success at the time of Brady’s birth, so not much is known about it.

However, it was a mind-blowing experience for Brad and Tracy, as they were going to go through an adventurous and equally daunting ride of parenthood. We can guess that the couple must have been more than happy to be blessed with such a wonderful child.

The couple also welcomed their second child Kinsley in 2010. Brady takes care of his lovely sister more than anybody else. Brad and Tracy are proud of this brother-sister duo.

As it is said, ‘Attitude is greatly shaped by influence and association.’ Brady is influenced by the classy personality and interests of his father. The father-son duo shares the same love and passion for basketball.


Brad Stevens’ son has caught the eyes of many with his incredible basketball skills. He not only plays basketball but also reviews the stats of the basketball games and provides valuable feedback and possible strategies to his father’s team, Boston Celtics. Many assume that he is gonna reach heights in the field of basketball.

Why Did The Couple Name Their First Child Brady?

Brad and Tracy were originally from Indianapolis, and the name ‘Brady’ was rather rare there. So, how did the couple come up with this name?

Coach Brad had just recruited a boy name Brady Morningstar while the couple got the news of their pregnancy. Brady Morningstar was eventually becoming a good scholarship player for Kansas, and Brad happened to share this boy’s story with Tracy. And just like that, Tracy said,” I like the name Brady”; and this is how they named their first child. In addition to that, ‘Brady’ was ‘Brad’ with a ‘Y.’

A few years later, Stevens’s family had to move to Boston. And pretty surprisingly, Brady was a very common name there.

READ MORE: Meet All Of Alvin Gentry’s Children, A Daughter And 2 Sons

Brady Likes Being Around Evan Turner

Brady accompanies his father to many of his games and practices. And the players also like Brady as much as Brady likes being around them. But there is something different with Brady and Evan Turner. Maybe it’s because Evan Turner is someone who is liked by everybody- from a nine-year-old to everyone in the locker room.

Brady and Turner like to spend time together practicing and having a good chat. Sometimes, they also talk about the stats and the gameplay. The evaluation done by a 13-year-old shocks, Turner.

Brady Is An Apple Of His Parent’s Eyes

While interviewing for the Life of Dad, Coach Brad had shared some of his experiences of first fatherhood as:

“To have the chance to celebrate the birth of your own child and watch them grow and develop and learn and experience new things has been the ultimate blessing.”

As aforementioned, Brady is a son that everyone dreams of. Brady Stevens’ son is a good kid, a responsible and loving elder brother, and a good player.

Until now, Brady seems to be a well-rounded child. This surely is an outcome of an excellent nurturing- our best wishes to him for his future.

Brady is derived from an Irish surname, Ó Brádaigh. The meaning of the word ‘Brady’ is ‘Spirited, broad.’