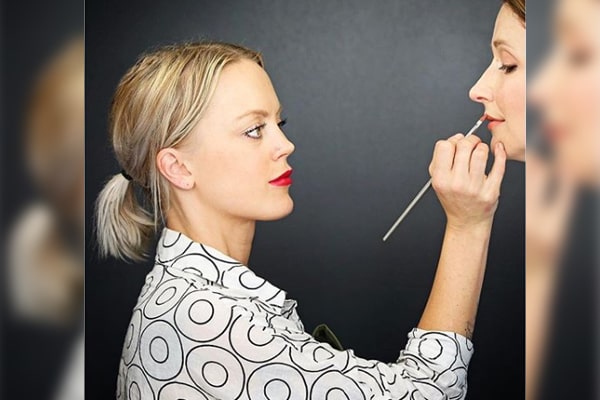 Although his career is steady and smooth, Shaun had a rough road to find the love of his life, Tracey Lynne Turner. Before Turner, he was married twice; to Ann Pennington and Susan Diol and had three children altogether. Today, we will be discussing of Shaun Cassidy’s daughter, Caitlin Ann Cassidy whom he had with his then-wife Ann Pennington.

Roots: The Gift actor Shaun Cassidy’s daughter, Caitlin Ann Cassidy, is a beautiful and very successful makeup artist. Although she has stayed away from social media, her father, Shaun, occasionally posts about her.

Furthermore, Caitlin Cassidy’s IMDb lays a clear view of her hard work and success as a makeup artist. According to IMDb, Ann Pennington’s daughter has worked in over 40 movies as the head of the makeup department.

Some of her remarkable works include Faking It, Money Where Your Mouth Is, Resident Advisors, Good Girls Revolt, Notorious, Criminal Minds: Beyond Borders, The Millers, 113 Degrees, etc.

Born on November 25, 1981, in Los Angeles, Shaun Cassidy’s daughter graduated in Arts from the University of California in 2005. Similarly, she learned makeup and hair from makeup designory.

Caitlin Is A Businesswoman

According to Shaun Cassidy’s daughter, Caitlin Cassidy’s LinkedIn, she is the owner of Make That Face Inc. and is a freelance make up artist since January 2006.

Caitlin has worked for Fuel T.V. for nine months in 2011 and Fox Sports Net for two years. Moreover, she is also the founder of a mobile beauty salon called Beauty Bandits, which provides a full-service, including Makeup Applications, Hairstyling & Haircutting, etc.

Likewise, the talented woman has extensive experience as a makeup artist. Thus, the success she has gained without letting her father’s fame shadow her is plausible.

Let’s hope she continues to grow in the coming days.

The former couple shared vows on December 1, 1979, amidst friends and families. Together, they share two children, Caitlin and John. Within two years of marriage, the ex-pair welcomed their first child, Caitlin, in 1981. After a few years, Shaun Cassidy’s ex-wife, Ann Pennington, birthed her second child, John Pennington Cassidy, in 1985.

Similar to Caitlin’s father, her mom, Ann, was married to Stephan H Wilson before Shaun. The former pair were together for eight years and shared a child, Jessica Ann Wilson.

All the siblings; Juliet Cassidy, John Cassidy (Jake), Caleb Cassidy, Roan Cassidy, Lila Cassidy, and Mairin Cassidy, share a very heartwarming relationship. Although Caitlin seems to prioritize her privacy, her Instagram reflects her as a fun person. She seems rad and a driven woman.

Although Caitlin Ann Cassidy’s Instagram pins no man as her husband, it is possible that the secret-keeper is married or is in a committed relationship.

Let’s hope we will hear and see more of Ann Pennington and Shaun Cassidy’s daughter in the future.

The name Caitlin is of Irish origin, which means pure.