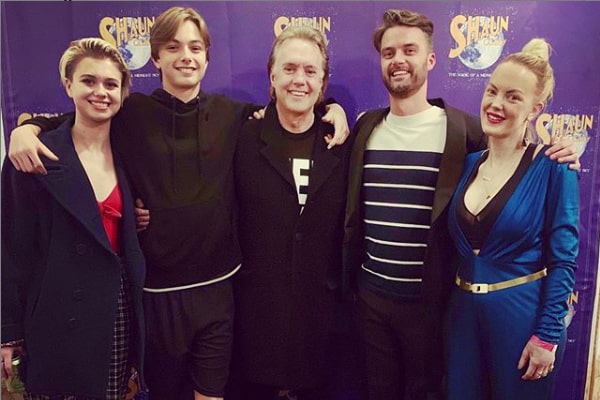 Shaun Cassidy is a remarkable name in Hollywood. Starting his career since 1976, he has gained considerable fame and managed to keep his family legacy. Although Cassidy’s career was on a steady path, his marriages were somewhat wavery.

American singer, Shaun Cassidy was married twice before he met his wife, Tracey Lynne Turner. Today, we will be talking about Shaun Cassidy’s son, John Cassidy, with his first wife, Ann Pennington. Let’s dig in straight away.

John Cassidy, aka Jake, followed his father, Shaun Cassidy’s footsteps, and has entered the divine world of entertainment. Although Shaun was both back and forth the camera, his son, John, decided to remain off-camera as a producer.

John Cassidy previously worked for several companies such as Smuggler, MJZ, Go Film, Harvest Films, Furlined, Supply & Demand, and Anonymous Content as a freelance production assistant for eight months in between 2007 and 2008.

The 35-year-old John Cassidy is very secretive, which is why we found out about his engagement via papa Cassidy. John is engaged to his partner, Georgie, since 2019.

John Cassidy’s father made a congratulation post back in August 2019 and shared his excitement via Facebook. However, John being the sneaky squirrel has kept his details away from the public.

Maybe Shaun Cassidy’s son reckoned the scrutiny of the world and understood the downside of fame; he chose privacy regarding his details. Either way, let’s hope the couple gets married soon and welcome yet another talented young Cassidy.

Talented John Cassidy Is The Eldest Son And Has Seven Siblings

Yes, seven siblings and John Cassidy is the oldest of them all. John Cassidy’s father, Shaun, was married to actress Ann Pennington on December 1, 1979, and welcomed John two years later their conjugal.

After a few years, the former couple welcomed John’s baby sister, Caitlin Ann Cassidy, in 1985. Despite being together for fourteen years, John Cassidy’s parents, Shaun and Ann, separated on July 4, 1993.

After Ann, Shaun went on to marry model Susan Diol on May 7, 1995 and welcomed an adorable daughter, Juliet Cassidy, in 1998. Sadly, the couple divorced on March 1, 2003, after eight years of marriage.

John Cassidy is the oldest and is very kind to his siblings, regardless of their age difference. Despite the separation, Shaun Cassidy maintained a good relationship with all of his older children, which is plausible.

Although Shaun Cassidy’s son, John Cassidy, remains true to his secretive nature and norms, let’s hope to see more of his works exclusively and hear of his marriage soon.

The name John is of Hebrew origin, which means God is Gracious.