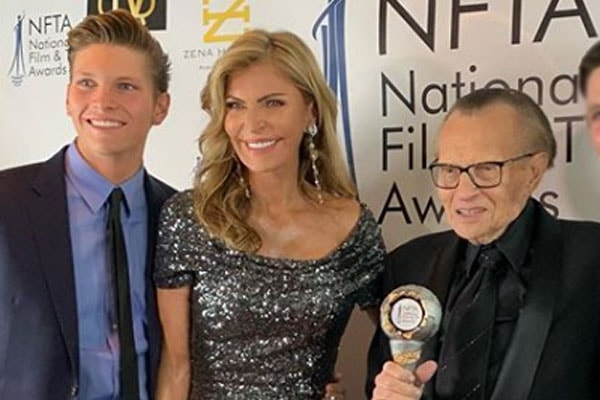 Larry King‘s son Cannon Edward King, together with his wife Shawn King was born on the 22nd of May 2000. Cannon’s parents, Larry and Shawn King were married in 1997. Unfortunately, there was quite a heap that the lovely couple might be getting divorced in 2019. However, it never happened. Cannon’s celebrity father, Larry King, died on 23 January 2021 at Cedars-Sinai Medical Center in Los Angeles. Some weeks before his death, he was even hospitalized in a Los Angeles hospital after testing positive for COVID-19.

Just like his brother Chance, Cannon King is also a newly pro baseball player. Chance King is a player at the IMG Academy, where he is playing for Chicago White Sox. Although Cannon has not yet started his professional sports career as his brother, still he is a world-class player according to his father, Larry King.

Looking at Cannon’s Instagram account, it is quite obvious that he is enjoying his lavish lifestyle. Cannon loves to travel and enjoy his holidays at exotic locations. Alongside that, he is also taking his baseball career forward following in his brother’s footsteps.

Cannon’s Parents Divorcing One Another

Besides Cannon and Chance, Shawn King also has a son named Danny Southwick from her previous marriage. According to TMZ, Cannon and Chance were the ones who encouraged their father to file for divorce against Shawn. Sources claim that some legal documents and the property issue might be the reason for the disagreement in the family. But that doesn’t deny the fact that Cannon loves his parents beyond this world and is grateful towards them. Recently, Cannon’s brother Chance took to his Instagram account to deny all the false accusations claimed on them by the very sources.

2020 seems to be a very saddening year, especially for the King family. The 86-year-old television host veteran, Larry King had to confirm his children’s death via Facebook.

King confirmed his son and Cannon’s half-brother, Andy Kind died of a heart attack on July 28, 2020, after a heart attack. Similarly, King’s only daughter, Chaia followed her sibling, Andy a few weeks later. She passed away shortly after being diagnosed with lung cancer on August 20.

Larry thanked everyone who extended good wishes and support via his post on 23rd August.

Cannon is the original Gaelic form of Cano which means “Wolf Cub.” Likewise, Edward is the royal name that gives the meaning of “Rich Guard.”