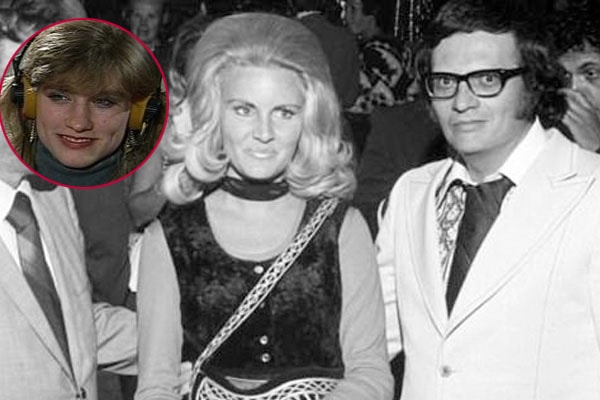 Many people worldwide are mourning after the famous TV personality Larry King‘s death on 23 January 2021 at the age of 87. After his death, many of his fans are eager to know about his personal life, including his kids. Here, learn some facts on Larry King’s daughter Chaia King, born in 1969, to Alene Akins.

Chaia’s late mother Alene is the only wife of Larry King to whom he has married twice, from 1961 to 1963 and again from 1967 to 1972. The former pair share only a child together. However, Chaia King has a half-brother, Andy King, Alene’s son from her former marriage. Sadly, Larry King’s ex-wife Alene passed away in February 2017 with her children Chaia and Andy by her side; however, there were no further details of the cause of death.

Larry King together with her daughter Chaia King has written a book named Daddy Day, Daughter Day published by Dove Books. In the very book, Chaia and her father recount and narrate the true story of Larry’s divorce and showed spending quality moments together can help to heal the pain of divorce for children.

The book is especially driven and aimed at young children whose parents get divorced. In addition to the Publisher’s Weekly, the same book has helped over thousands of divorced families to rehabilitate their family life.

As mentioned earlier, Chaia’s mother, Alene Akins passed away in 2017. Her husband Larry King mourned for his wife whom he married twice.

Larry King tweeted on his Twitter mourning for his belated wife; he wrote,

So very saddened over the passing of Alene Akins, who died peacefully with our children Chaia and Andy by her side. She was a grand lady.

However, the cause of death is not mentioned and might be of her old age.

Chaia is also very close to her father. In the past, she could be spotted alongside her dad while attending some major events.

It is quite obvious that there is quite a strong bond between the father and daughter and both seem to get together whenever each gets free-time.

They say the heaviest weight for a parent is their children’s caskets and veteran television host, Larry had to carry not one but two.

King’s daughter, Chaia died earlier this week shortly after having been diagnosed with lung cancer on August 20, 2020. She was only 51 and died weeks after her sibling, Andy King had passed away from a heart attack.

The 86 year old host, King confirmed the tragedy via Facebook post and thanks to everyone for their kind words and support. Let’s hope the soul rests easy and the family’s hurt soothes with time.

Chaia is a girl’s name of Hebrew origin which gives the meaning of “life“.