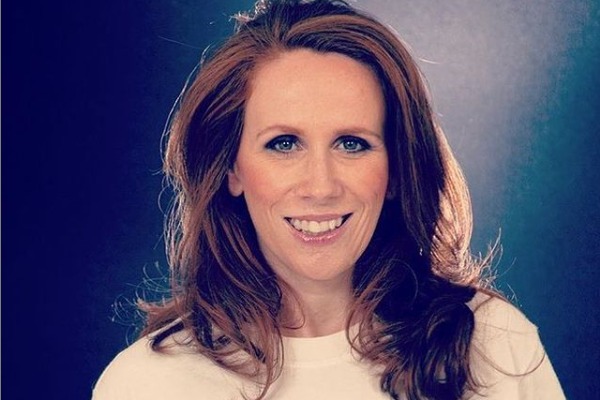 Erin is the only child of comedian Catherine Tate. Image Source: Social Media.

English actress Catherine Tate is known for her comedic roles in the U.S. version of The Office as Nellie Bertram and in the BBC sketch comedy series The Catherine Tate Show. Tate’s majority of fame comes from these two shows, which have made her one of the most successful comedians Britain has ever seen.

Kate’s success is evident by the number of awards she has received over the years. While she is widely famous as a comic, her relationships also make the cut in the media as she has a reputation for dating some known celebrities. Kate and her partner for nine long years Twig Clark share a daughter named Erin Johanna Clark. So, let’s see how Catherine Tate’s daughter Erin is growing up.

Only Child Of Catherine Tate With Twig Clark

Catherine Tate was in a relationship with the stage manager Twig Calrk for almost a decade. Erin was born to them and is now 17. She was born at London’s Chelsea and Westminster Hospital in January 2003. Even though Erin’s parents Catherine and Twig, were together for nine long years, the couple decided not to marry. Catherine suffered from post-natal depression following her daughter’s birth, which she battled until she was filming the second series of The Catherine Tate Show. According to Tate, the marriage never clicked her mind. She also said,

“It’s not that I’m suspicious of it or anything like that; it’s just that I don’t have a reference for it because my mum wasn’t. And it’s not as if I’m not fully committed to him because I am.”

Catherine and Twig ended their relationship in 2011 but were still close, which helped to raise Erin to be a wonderful daughter. Erin must have had hard days when her parents were splitting, but as she is coming of age, she must have found ways to cope with it. Catherine and Twig did a pretty good job of raising their daughter.

After a couple of years, Catherine got in a relationship with Jeff Gutheim, with whom she later on got engaged.

Catherine Tate’s Daughter Was Not A Fan Of Her Comedy

Apparently, Catherine Tate’s daughter was not a big fan of her risque comedy. Tate said in an interview back in 2016 that her 12-year-old daughter did not like her approach in the comedic roles. As a pre-teen, Erin would get very upset when her mother tried to do a Twerking dance practice in the house. She also did not like her mother’s poster of her new comedy, Do Not Disturb, which featured Tate naked wrapped around a towel.

Catherine Tate mentioned that it was probably Erin’s age that was making it that way. She added that she was just 12, and during that age, kids are so prudish. Now that Erin is nearing her adulthood, we wonder how she feels about her mother’s comedy now.

Even though Catherine is one of the most influential comedians in Britain, her daughter Erin Johanna Clark has managed to keep a low profile on social media. Erin’s only appearances in media are mostly with her mother. As she is now nearing her adulthood, we might be able to see her making more appearances in the coming days.

The name ‘Erin’ is of Irish origin, and it means ‘from the island to the west.’ Whereas the middle name ‘Johanna’ is of Latin origin, meaning ‘God is Gracious.’