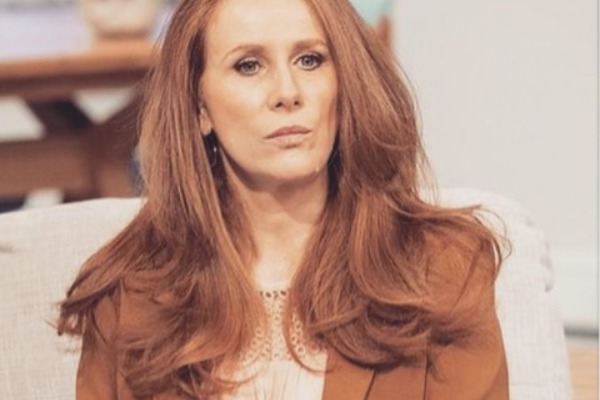 Catherine and Twig were together for almost a decade. Image Source: Social Media.

With numerous awards and nominations, Catherine Tate has made her presence deeper into the acting industry. Touted as one of the most successful comedians Britain has ever seen, she is in a league of her own. Apart from all the name and fame, Catherine is also known for her dating some famous men. So in this article, let’s go through Catherine Tate’s ex-partner Twig Clark and see how their relationship ended.

Catherine Tate was in a long-term relationship wither her ex-partner Twig Clark, but as famous as Catherine is, she is quite secretive about her personal life. Twig Clark is a stage manager, and it was probably in one of Catherine’s projects they stumbled upon each other. The couple first started dating in 2002 and were together until 2011.

The former couple of Catherine Tate and Twig Clark were together for almost a decade. But things went sideways, and the couple decided to call it off in 2011. Tate has not revealed anything about why they decided to separate, but it may be due to their irreconcilable differences that were hampering their relationship.

Although Catherine and Twig were together for nine long years, the couple decided not to marry. They even share a daughter named Erin Clark together, who is now 17 and was born at London’s Chelsea and Westminster Hospital in January 2003. Catherine suffered from post-natal depression following the birth of her daughter, which she battled until she was filming the second series of The Catherine Tate Show. According to Catherine in an interview, she thought she would never get married.

Well, Catherine and Twig have already called off their relationship, so it does not really matter if she was married to him or not. The couple has shared some irreplaceable memories with him. Catherine Tate’s ex-partner Twig has kept a very low profile after his break-up with her.

Who Is Catherine Dating Now?

Catherine has dated quite a few known names after she ended her relationship with Twig. First, she was rumored to be dating Take That star Jason Orange as the pair were regularly seen together. They were rumored to have met when they filmed a charity TV sketch for Comic Relief, during which Tate impersonated Jason. Their relationship did not last long, and Catherine was again rumored to be dating when she was spotted smooching on a sunshine break with broadcaster Adrian Chiles in 2012. This relationship also did not last long, and they called off the next year.

After a number of failed relationships, Catherine is now together with American screenwriter Jeff Gutheim. The couple is rumored to be engaged, and they may very soon get married. Twig Clark’s former partner Catherine, who did not believe in marriage, seems to have taken a different approach with her new relationship. Finally, she seems to have found the right man for her.