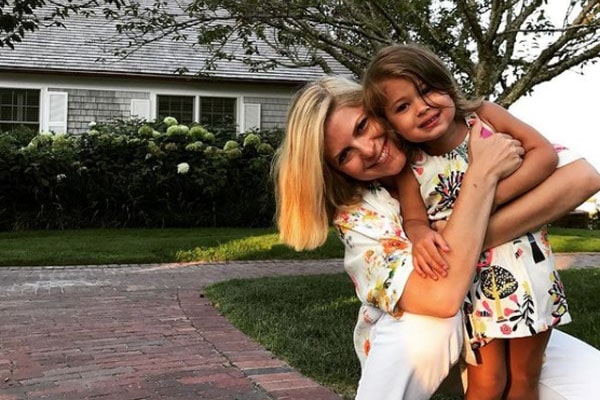 Cecelia Eve Gershenson is the adorable daughter of the famous CNN anchor Kate Bolduan, with her husband, Michael David Gershenson. While most people know her mom, Kate, as a talented broadcast journalist, her dad, Michael, is also a pretty successful businessman, currently involved in The Carlyle Group.

As Kate Bolduan’s career in journalism is achieving its peak with each passing day, many are showing interest in her personal life as well. So, here, in this article, we will be tailing some interesting facts on Kate Bolduan’s daughter, Cecelia Eve Gershenson. We hope you are interested to know them all.

ALSO READ: How John Berman’s Children Are Growing Up?

Cecelia Eve Gershenson is the first child of Kate Bolduan with her beloved husband, Michael David Gershenson. The happily married pair, Bolduan and Gershenson, welcomed their little girl in September 2014. She arrived at 10:39 am, weighing in at 6 lbs. The proud momma, Kate, confirmed the good news of her baby girl, Cecelia’s arrival some days later via her Instagram.

Cecelia Eve Gershenson’s parents, Kate Bolduan and Michael D Gershenson, married in 2010 in a private ceremony. They waited four years to welcome their daughter, Cecelia, and some more years to make her a proud big sister.

Reportedly, Cecelia Eve’s mom, Kate Bolduan’s New Day team, had thrown her a baby shower exactly a week before her delivery. Besides, a few weeks after Cecelia’s birth, Bolduan took her on the set and introduced her to her fellow anchors and crew members. Cecelia is certainly a lucky child as she is getting a chance to meet and be familiar with several famous personalities from such a young age.

Mom Kate Bolduan announced the happy news on her Instagram page, sharing a string of photos of her newborn. Also, she even included a snap of then-3-years-old Cecelia cuddling her baby sister.

Moreover, some months before the birth of her younger sibling, Cecelia’s momma, Kate recruited her to help announce that her family was expanding.

Cecelia Eve always looks very happy to have a small sister with whom she can play and have fun. We can often see her cuddling her younger sibling on her mom’s social networking handles. We hope the Gershensen sisters’ bond remains as strong as it is now.

Journalist Kate Bolduan’s daughter, Cecelia Eve Gershenson, is a very active child. Going through the State of America host’s Instagram, it looks like she enjoys going fishing with her family during her parents’ free time from their work. In addition, cute Cecelia is also fond of collecting shells from beach drifts.

Furthermore, the energetic daughter of Kate Bolduan with Michael Gershenson, Cecelia Gershenson, enjoys art and craftworks. On top of that, the six-year-old even feels happy going jogging and doing workouts with her mom and dad.

Nevertheless, the ambitious daughter of Kate Bolduan is currently enjoying her childhood years full of fun and energy and learning new things. We hope she will grow up to be as successful as her parents in the near future.

A girl’s name, Cecelia, is of an Old Welsh origin which means blind or sixth. Similarly, the middle name, Eve s of Latin and Hebrew origin, which means life or animal.