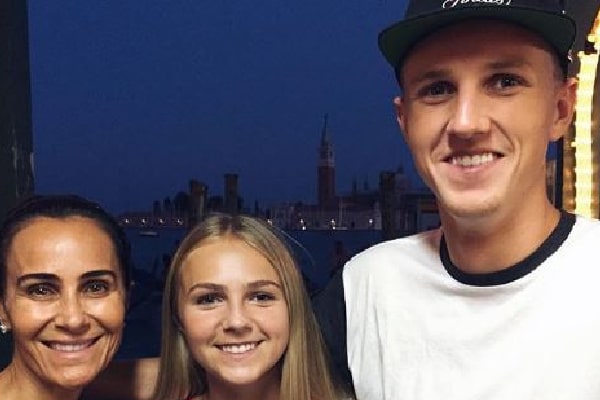 American basketball coach Scott Brooks is a player turned coach who is currently coaching the NBA team Washington Wizards. He has had an exquisite career as both player and coach. The one time NBA champion as a player and two-times all-star game head coach has been instrumental in his job.

But we already know a lot about Scott’s professional life, so fans are now interested to know about his personal life, especially him as a parent. Considering this, we have put together this short article that will help you know about Scott Brooks’s son Chance Brooks and how Scott has raised him. Don’t forget to stick to the end for some interesting information.

Chance Brook Is The Eldest Son Of Scott Brooks

Married to his wife Sherry Silvey since 1993, Scott first became a father through Chance. Apart from Chance, Scott has a daughter named Lexi Brooks. Chance being the elder brother, looks after her sister and leads her by example. When you are the eldest, there is automatically the responsibility to take care of your younger siblings, and he is doing it without a hitch.

Scott Brooks’ son, Chance currently lives in Laguna Beach, California. He is very close to his sister and can be seen spending a lot of time with her. He also influences, guides, and protects his little sister. They travel quite a lot together and go on outings and vacations together with friends, family, and cousins. It is almost a given that he is living up to his expectations as the elder brother.

Chance Is A Law Student

While his father is a well-known basketball personality, Chance is much more interested in the scholarly field. He is a law student and completed his undergrad at the University of Southern California in 2019 with a focus on economics and business law.

Chance is currently enrolled at Georgetown University Law Center, where he is going to pursue his further education. Even though his father is from a completely different field, he must be getting all the love and support to pursue his own career. Let’s hope we get to see him making an incredible career in the field of law.

With a family that is very much into sports, it was almost a given that he loves sports. Chance shares a lot of his sports interests on his social media. From basketball to waterskiing he has an interest in multiple sports. Chance also accompanies his father at various games and is deeply interested in the outcomes of his father’s team Washington Wizards.

Even though he is not likely to follow in his father’s footsteps into basketball, he sure is keenly interested in his father’s games. The amount of respect and support he has for his father is also shown during their meetings. The father-son also watched various football games of USC while Chance was an undergrad there.

Chance Has A Girlfriend

Scott Brooks’s son Chance is dating his highschool sweetheart Maddy Abbot. The couple has been together for several years and graduated from the same high school. As Chance is very active on social media, he has shared quite a lot of photos with his girlfriend Maddy. Even though most of his photos are random posts, he does share some personal information every once in a while.

Maddy and Chance are highly likely to be dating each other even if the couple has not shared much about their relationship for quite some time. Let’s hope the things between them are still the same as it used to be and Chance and Maddy will be together for many more years.

Chance is the name of English origin. The literal meaning of the term chance is ‘good fortune.’