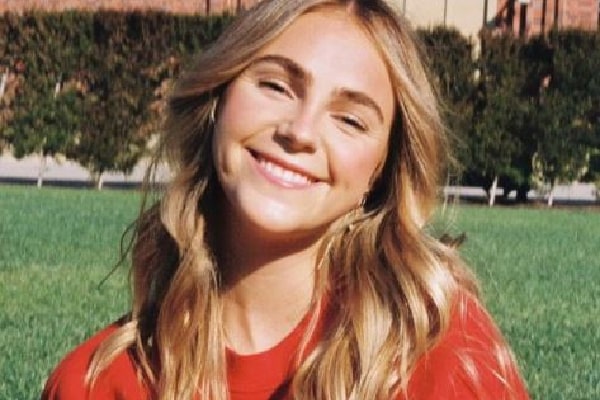 If you are into American basketball, you must have heard the name Scott Brooks. Scott currently serves as the head coach of the Washington Wizards of the National Basketball Association. Having a history of more than three decades in the field of basketball, this man is a big name in this game.

This 55-years-old has been a former player and coach of many other teams in the NBA, namely: Philadelphia 76ers, Minnesota Timberwolves, Houston Rockets, Dallas Mavericks, New York Knicks, Cleveland Cavaliers, and Seattle SuperSonics.

But enough about the coach, this short article will help you know about Scott Brooks’s daughter Lexi Brooks and how Scott has raised her.

Don’t forget to stick to the end for some exciting information.

Lexi Is The Second Child Of Scott Brooks

Coach Scott Brooks is married to Sherry Silvey since 1993. During almost three decades of married life, this couple has given birth to two amazing children- a son and a daughter.

The couple’s first child is Chance Brooks, who is a law student at Georgetown University Law Center. Lexi is the second child and her big brother is the role model for Lexi.

The gorgeous Lexi being the younger child, is getting the love, support, and nurturing from all the other family members.

During school days, being stared at for no reason made her feel uncomfortable. But despite this challenge, she has shown she is as capable as anybody else. Moreover, she regularly advocates different encouragement campaigns for kids like her. Lexi has definitely done a lot to make her father proud and will continue to do more.

As aforementioned, being different than others was no less than a challenge for Lexi. She was bullied and backlashed while at school. Lexi brushed it off, yet she felt alone and left out. Soon, she realized that all the other children like her yearned to connect to children who were like them and who know what they were going through. So Lexi decided to build a supportive community for them during her high school days.

A post shared by The High Five Project (@thehighfiveproject)

This idea later turned into the nonprofit High Five Project. Lexi started this project along with Ella Abbott and is now supported by many. This project strives to support and raise awareness for children with limb differences. Not only that, but it also helps build 3D-printed prostheses for those children.

Lexi Brooks Has A Boyfriend

Scott Brooks’ daughter has been dating Ben Kwong since high school. He has now enrolled in United States Naval Academy.

These high school sweethearts have shared many photos of them together in the past. But it seems like they haven’t met each other for a year or so. It’s likely that they are busy with their college and career ahead. Let’s hope that the couple gets to meet really soon.

Apart from all of the aforementioned facts about Lexi, she is also a big fan of teenagers’ heartthrob singer, Justin Bieber.