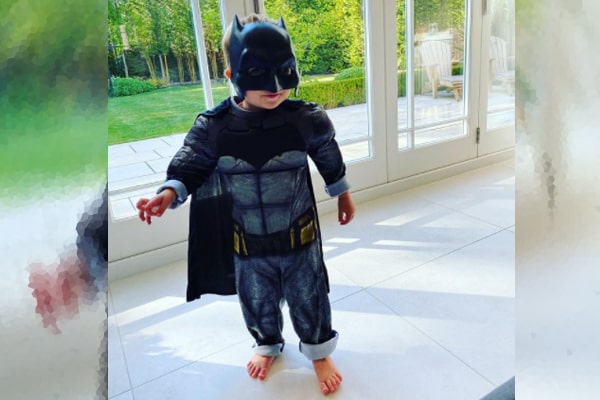 Claire Williams is a businesswoman who rose to fame as the Deputy Team Principal of the Williams Formula One racing team. She resigned on September 7, 2020, as the team was sold off to Dorilton Capital.

Claire not just enjoyed a successful career but entered motherhood in robust form and attitude. She gave birth to her first child, Nathaniel Harris, in 2017. Williams welcomed her baby boy with her husband, Marc Harris, a successful team agent.

The pair announced their pregnancy on April 5, 2017, via Twitter. Furthermore, Williams Racing’s Twitter uploaded a congratulatory post in April with a picture that told Nathanial was due October 2017.

Well, the happiest day for the Harris couple, they welcomed their first baby boy on October 10, 2017, at 10:30 am. Williams Racing Twitter once again announced the arrival of the baby.

The Twitter announcement wrote, “Congratulations, Claire and Marc!” It further continued, “We are delighted to announce the birth of Nathanial (Nate) Louis Harris, born at 10:30 am this morning.”

Claire Williams’ son, Nathanial being the only child of the couple, does not mean he is the only baby in the house. He is growing up with two half-sisters from Marc’s previous relationship. The three Harris siblings seem to bond well and help their parents in the kitchen.

Sadly, the Harris couple does not wish to reveal their baby boy’s face to the media and hence always uploads the front or back or feet or football grounds’ picture. However, we get to see superman’s costume pictures. Thus, not complaining.

Nathaniel Harris’ Parents Got Married In 2018

Aforementioned, Nathaniel Harris’s parents welcomed him in 2017. Thus F1 fans already know they walked down the aisle after the baby’s arrival.

Furthermore, the Harris couple exchanged vows in January 2018 at Claridge’s London in January 2018. She looked beautiful in a Caroline Castigliano gown embellished with Swarovski crystals, while Marc looked crisp in a charcoal black suit.

During an interview, the former deputy principal, Claire Williams, said that her husband proposed to her at home on the sofa with a Haribo ring. Nathaniel’s mother further detailed that she was eight months pregnant with him and added she’d always want Marc to propose to her there.

After three years into marriage, the Harris couple continues to support one another emotionally and professionally. They compliment each other inexplicably, and the sweetest part is Marc never hesitates to keep his wife forth.

Furthermore, Nathaniel Harris’s parents are in sync when it comes to parenting as well. Likewise, Marc and Claire Williams’ son, Nathaniel, might also inherit his father’s immense love for shoes. Marc even uploaded a picture of him wearing a pair of Yeezy which looked pretty cute.

Claire Williams’ son, Nathaniel Louis Harris, is super young to speculate anything, to be fair. But he has a beautiful childhood surrounded by all the inspiring people including his grandfather, Sir Frank Williams.

Sadly, Nathaniel’s grandfather died at the age of 79. Nonetheless, the young one must have learned a lot about cars from his late grandpa.

Hence, it wouldn’t be a mistake to assume that Nate will grow up with a massive interest in vehicles.

Moreover, Nathaniel might follow his parents’ footsteps into business or even show interest in Formula One. Only time will reveal the truth. But until then, you and us, we can only speculate what Claire Williams’ son, Nathaniel, will choose to do in the coming days. Comment freely.

The name Nathaniel means ‘Gift of God’ and has Hebrew/ Old Greek origin. Similarly, Louis has a French basis which means a Famous warrior.