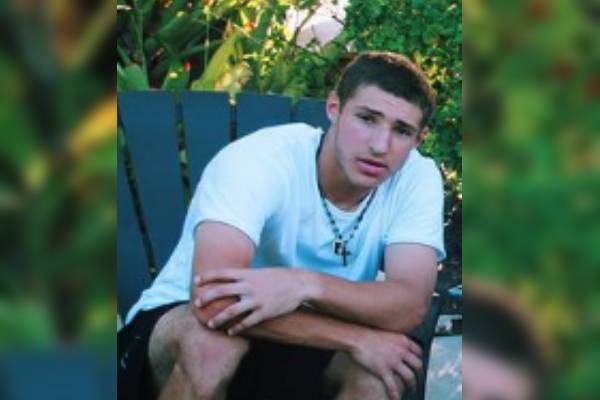 Dante Girardi is an aspiring baseballer who is prominently known for being Joe Girardi's Son. Image Source: Serena Girardi Instagram.

Joseph Elliott Girardi is a former professional baseball player from the States who played as a catcher for the Chicago Cubs, Colorado Rockies, New York Yankees, and St. Louis Cardinals. Moreover, Joe Girardi has led a handful of teams to victory as a manager. At present, he serves as the manager of the Major League Baseball’s Philadelphia Phillies.

The Philadelphia Phillies’ manager has been in the spotlight for decades; thus, his life is naturally a source of fascination for many. And while Girardi’s professional life is like an open book, his personal life is shrouded in mystery.

As a result, people are naturally interested in finding out about the baseballer’s personal life. So, in this post, we’ll take a look at one of the facets of Girardi’s personal life: his son, Dante Girardi.

Is Close to His Family

Dante Girardi was born to Joe Girardi and his wife, Kimberly Innocenzi Girardi. Joe Girardi’s son is named after his former teammate Dante Bichette. The up-and-coming baseballer was raised in Florida, alongside his sisters Serena Girardi and Lena Yvonne Girardi.

While Dante appears to be a private individual keeping all of his socials private, his sister Serena has shared numerous family pictures. And looking at those pictures, it is evident that Dante is very close to his family.

Additionally, the celebrity kid has also been spotted in numerous games of teams that his father manages. Moreover, Dante is also a baseball enthusiast who looks up to and admires his father.

So, for the time being, let us wish the family well and hope that they continue to create more great memories together.

Joe Girardi’s Son Is Following In His Footsteps

When we talk about celebrity kids, we often create a mental image of them and assume they will be content to lounge around and do nothing since they can afford whatever they want. Joe Girardi’s only son, on the other hand, is proving that the public’s perception of thinking cannot be any further from the truth since he has already begun to outshine his father and is on his path to more fame and fortune.

Meet Dante Girardi – son of @Phillies manager Joe Girardi. Tonight at 6pm on @6abc our @JamieApody will tell you the amazing story of how Dante is trying to make a name for himself on the baseball field AND in the fashion industry. pic.twitter.com/rc5mgViR75

Moreover, the apple does not fall far from the tree, and why should it? After all, with a father who is a baseball hero, there was no doubt that one of his children would carry on his legacy. And looking at Dante Girardi’s Twitter, he appears to be following in his father’s footsteps and pursuing a baseball career.

Girardi’s kid is a shortstop who is currently playing for the baseball team at Florida International University. Previously, he played baseball at Calvary Christian Academy as a middle Infielder.

So let us hope that Girardi’s son achieves the kind of success for which he has worked so hard and that his efforts are rewarded.

Wants To Make A Name For Himself In The Fashion Industry

When it comes to baseball skills, Joe Girardi and his son have similar abilities. However, what sets Joe Girardi’s son apart is while Joe seems content with just baseball, Dante wants to go even higher and build a reputation for himself in the fashion world.

Dante has been outspoken about his liking of fashion. He even stated that if he ever becomes a professional baseball player, he would want to sponsor himself rather than be sponsored by high-end brands such as Nike and Adidas.

In addition, he has also launched his luxury line, which bears his name. Additionally, Dante even indicated that he would be donating shoes and clothing to those in need. This is because his parents raised him to give back to less fortunate people.

Talking about Dante’s parents, Joe and his spouse are unwavering supporters of their kid. Girardi’s mother also admitted that she was the one who urged him to pursue his dream of creating a brand. And since he has done that, Kim is very proud of him. Likewise, Joe is also thrilled that his kid is succeeding in life.

Dante is typically a boy’s name that comes from the Italian word Durante which means enduring.