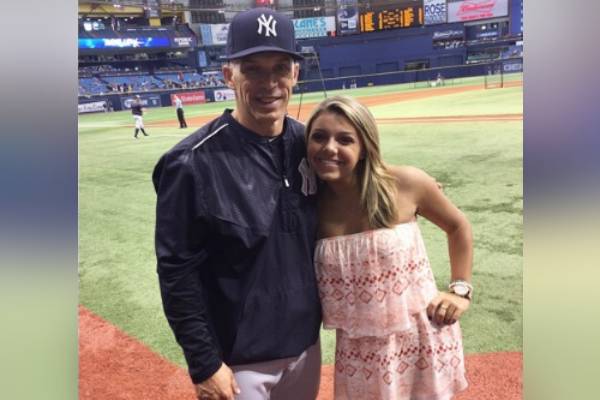 Serena Girardi is a Pediatric Sleep Consultant who was dragged into the limelight for being Joe Girardi's Daughter. Image Source: Serena Girardi Instagram.

It’s tough to imagine the Phillies’ manager as a family man as he’s primarily been in the headlines for his professional life. Despite this, he is a loving husband to Kimberly Innocenzi Girardi and a doting father to three children.

Similarly, as Girardi’s children have been kept out of the spotlight, it’s no wonder that few people are aware of their existence. So, in this article, let’s find out what Joe Girardi’s daughter, Serena Girardi is up to at the moment.

Is The Eldest Of Joe Girardi’s Children

Serena Girardi was born to former professional baseball player Joe Giradi and his wife, Kimberly Girardi. Serena was raised with her sister Lena Yvonne Girardi and brother Dante Girardi and is the eldest among the three.

As Joe Girardi’s daughter, Serena has also used the limelight to her advantage. And, unlike the other Giradi siblings who have opted for a private living, she is not hesitant to display her lifestyle to the public.

Similarly, Serena has also been spotted in numerous games and interviews that her father is involved in with her family. Girardi’s father is likewise very fond of his eldest daughter, and the pair share a close bond.

Moreover, Joe once got braces with her when she was frightened to get her orthodontic treatment. He also skipped the Yankees’ road game against the Tampa Bay Rays to attend Serena’s high school graduation.

Furthermore, Serena has not privatized her social media accounts, implying that she has embraced the fame that comes with being linked to a celebrity. And looking through Serena Girardi’s Instagram, it is evident that she is very attached to her parents and siblings.

Is A Pediatric Sleep & Routine Consultant

Serena, unlike her siblings, has chosen not to follow in her father’s footsteps and pursue a career in sports. Instead, Joe Girardi’s daughter graduated from Palm Beach Atlantic University with a Bachelor’s degree in Public Relations and Image Management.

At present, she works as a pediatric sleep consultant and is the founder of Sand and Sleep. As a consultant, she educates her clients on the importance of their child’s sleep hygiene and safe sleeping habits while providing support and assistance.

Having worked as a nanny for nearly seven years, she must be able to work with children and manage her clients effortlessly. For the time being, Serena seems to be satisfied with her job. She sometimes shares adorable pictures of the babies that she works with on her social media pages.

Well, let’s hope Girardi’s daughter continues to excel at what she does best.

Celebrity children are well-known for their luxurious lifestyles and can frequently be seen sporting designer clothing, accessories, and driving multimillion-dollar automobiles. Likewise, Joe Girardi’s eldest kid is not afraid to flaunt her comfortable lifestyle.

Serena Girardi’s Instagram is brimming with photos of her on exotic vacations and getaways. Furthermore, Joe’s daughter has shared countless pictures of herself partying with friends and family.

It is clear that Joe Girardi’s daughter is enjoying her prime years and living her best life. And since there is no mention of a boyfriend yet, we hope she finds her life partner soon and shares the good news with us.

Derived from the Latin word sernus, Serena is a girl’s name that means clear, quiet, and serene.