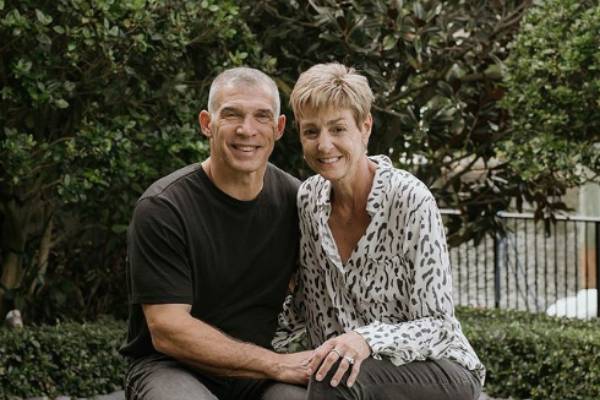 Kimberly Innocenzi was dragged into the limelight because of her marriage with Joe Girardi. Image Source: Serena Girardi Instagram.

Joseph Elliott Girardi, the manager of the Philadelphia Phillies, is a former professional baseball catcher who rose the ranks to become a manager. As a manager, he has guided renowned teams to some of the most memorable victories in history. All in all, each of us can agree that Joe Girardi has established himself as a successful individual.

And if there was ever an occasion where the saying “Behind every great man is a greater woman” rang true, Girardi’s success story would be it. Having supported him since his rookie days, Joe Girardi’s spouse was always by his side.

Even still, many people have forgotten about Joe’s other half over the years, remembering only the former baseballer and his accomplishments. So, in this article, let’s look at what Joe Girardi’s wife, Kimberly Innocenzi, is doing at the moment.

The Phillies’ manager has been in the limelight for decades, so any woman he married would undoubtedly be the talk of the town. As a result, only a few people are unaware of Joe Girardi‘s marriage to Kim Innocenzi.

The college sweethearts tied the knot three years after graduating from Northwestern University in 1990 in Evanston. However, their marriage has been full of trials and tribulations, all of which the duo overcame hand in hand.

The long-term lovers have now been married for over three decades and are still going strong. So, let’s hope that their relationship will only grow stronger with time.

Joe Girardi’s Wife Had A Miscarriage

After seven years of marriage, the blissful couple was expecting their first child, and they couldn’t be happier. And although everything in the married couple’s life appeared to be going according to plan, they were unexpectedly struck by their biggest tragedy.

Kimberly Innocenzi Girardi‘s first pregnancy ended in miscarriage after only ten weeks. Following the Yankees’ game against the Brewers in April 1997, the Phillies manager tried unsuccessfully to contact his wife. After what seemed like hours, he finally received a call informing him of the loss.

In an interview with the NY Times, the manager revealed that the months following the miscarriage were agonizing. And, despite Girardi’s best efforts to console his spouse, nothing he said was enough to make her feel better.

Additionally, Kim started blaming herself for the miscarriage and took the loss far more personally than her spouse. Still, with time and faith, Joe Girardi’s wife gradually recovered from the loss of her child and was soon blessed with three.

Is The Loving Mother Of Three

In their marriage which has spanned over three decades, Joe and Kim are blessed with three children. Joe Girardi’s wife shares a close bond with her kids and often motivates them to pursue their passion.

Kim’s eldest daughter, Serena Girardi, has chosen not to follow in her father’s footsteps and instead works as a pediatric sleep and routine consultant.

Likewise, while her son, Dante Girardi, did pursue a career in sport, he has also set his foot in the fashion industry. Moreover, he launched his own high-end sports brand.

Kimberly Innocenzi Girardi’s youngest daughter, Lena Yvonne Girardi, has likewise fallen into the world of athletics and plays basketball at Westminster Academy in Florida. Her daughter plays as a guard, small forward, and power forward for her high school team.

So let us hope that Kim’s bond with her kids strengthens with time and that her children excel at what they do best.

Kim has opted to remain away from the press, despite being recognized as Joe Girardi’s wife. Still, to avoid the media altogether is unfortunately impossible. So, the celebrity spouse has been spotted in numerous of her husband’s games, along with her children.

Likewise, in the past, Kim also attended several award ceremonies with her partner. However, as of late, Girardi’s spouse has avoided being in the spotlight. Additionally, she has no social media presence, making it harder to track down her current whereabouts.

Nonetheless, with all the wealth the former baseball player has acquired, he and his partner must be living comfortably. So, even though Joe’s sweetheart does not publicly flaunt her wealth, we can assume that she is content with her private lifestyle.

Still, let’s hope that Kimberly Innocenzi Girardi will feel comfortable sharing specific facts about her life with her admirers as time passes.