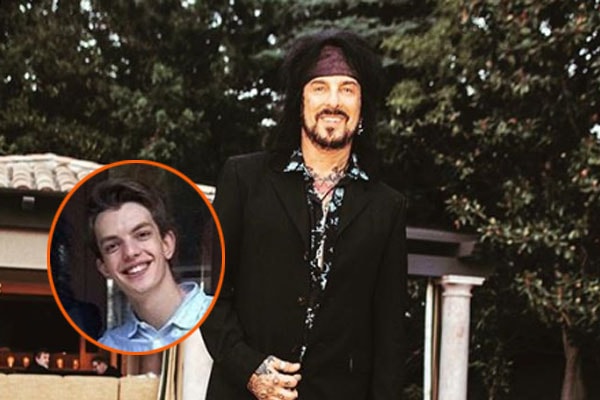 Nikki Sixx‘s son Decker Nilsson Sixx was born on May 23, 1995. He is the third and youngest child of Nikki together with his first wife, Brandi Brandt. The ex-couple were together from 1989 to 1996.

Decker Is Close With His Father Nikki

The youngest son of Nikki is very close to his superstar dad. The father-son love baseball, and it seems like they are always ready to catch up Dodger games. Decker got his enrollment at the University of Southern California last July, and his father proudly shared the news via his Instagram post. We assume Decker is not into music like his brother Gunner who is a band member of Figs Vision.

He actively uses social media like Instagram but keeps most of his personal details to himself. However, we get to see lovely pictures of him and his gorgeous girlfriend, Sommer Saunders. Actually a lot of them! If not with his father, then Decker makes sure to catch up Dodger game with his sweetheart Sommer. She is another person with whom this handsome hunk spends most of the time. Dodger Stadium must be their favorite place to hang around.

Since Decker’s parents split after a year he was born, the ex-partners Nikki and Brandi must have co-parented their three kids. Although the ex-couple ended their relationship, Decker and his other two siblings have a healthy relationship with both of their parents. Also, they are close with their step-mom Courtney.

The name Decker is a German originated name for a boy which means roofer. Similarly, Nilsson is a Swedish surname which means son of Nils.