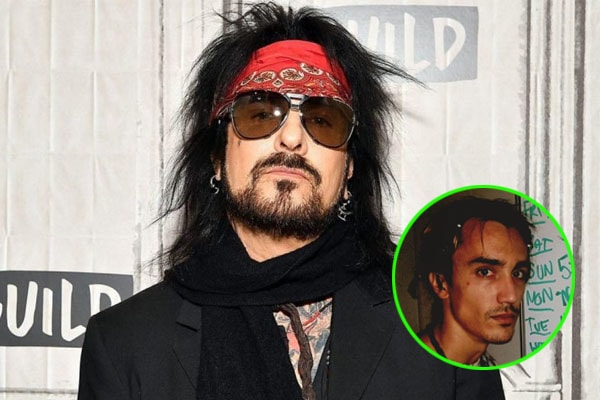 Nikki Sixx‘s son Gunner Nicholas Sixx was born on January 25, 1991. He is the first child of the metal rockstar Nikki together with ex-wife Brandi Brandt.

Gunner Nicholas Sixx is the eldest among all four children of Nikki Sixx. He has two younger siblings Storm Brieanne Sixx born in 1994 and Decker Nilsson Sixx born in 1995. His half-sibling is Frankie-Jean Sixx: Nikki’s daughter with his other ex-wife Donna D’Errico.

The American musician Nikki Sixx’s son Gunner Nicholas Sixx is a musician just like his father. He is the band member of Figs Vision which is an LA-based alternative-rock band. Unlike his father’s metal band Mötley Crüe, Figs Vision is something different from metal. The group has been active since 2012, and they have been producing many singles which are exclusively available on YouTube. While his father might have earned fame and ruled the stage for years, Gunner is on the way to make his own identity through his music.

Musician Gunner has been friends with his band member Jordan Spoliansky since his school years. They started jamming around when they were12 years old, finally initiating their dream band. Their other band member includes Zackary Darling on bass. If you are up for some cool music which has a blend of every genre then go for Figs Vision. We bet you’ll love them. Maybe you can even catch them up live in the pubs.

Nikki’s son Gunner lives a low-key life spending most of his time working on new music. He is also active in social media like Instagram where he shares his cool pictures. Other than music, Gunner is very good at styling! Looking at his photos, it seems like he is fond of making his own fashion statement. Well, you might like it as well.

Gunner is a Swedish name for a boy which means battle strong. Likewise, Nicholas is a derivation of a Greek name Nikolaos which means victory of the people.