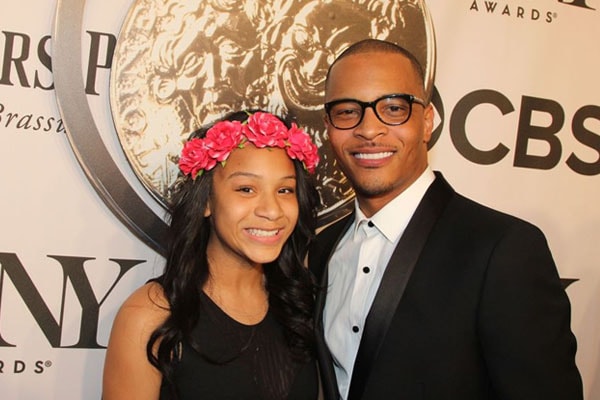 T.I.'s daughter Deyjah Imani Harris is all grown up

The small Deyjah that you had seen in  ‘T.I. & Tiny: The Family Hustle’ series is all grown up now. Just a couple of months ago she celebrated her 17th birthday. Deyjah has got two stepsisters from her mother side named Jaela and Soniah. And from her father side’s she has got five half-siblings named Heiress Diana Harris, Clifford Joseph Harris III, Domani Harris, Messiah Ya’Majesty Harris, and Major Philant Harris.

The gorgeous Deyjah Imani Harris is known for modeling outfits for various companies on her Instagram page. But once while doing so, people noticed big bling on her ring finger and her fans went frenzy. There was a common question lingering in people’s mouth, is T.I.’s daughter Deyjah Harris engaged with someone? Or is it just a piece of jewelry?

People complimented her on the photo and bombarded her with inquiries. Though no confirmations have been made to date and Deyjah is still rocking that diamond ring. But whoever is Deyjah Imani Harris’ boyfriend, he is one lucky guy to have her. Deyjah is also very close to her stepmother Tameka Cottle aka Tiny Harris.

Deyjah is a Fashionable Person

If you go through Deyjah’s social media handle, then you will know what we are saying. Her Instagram’s handle name is “princess_of_da_south” and looking at T.I.’s daughter she definitely looks like one. She promotes different brands like Pretty Little Things, Fashion Nova, and others.

As both of her parents T.I.and Ms. Niko are musicians; only time will tell us if she will follow in her parents’ footsteps. But for Deyjah career as a fashion model also doesn’t seem such a bad idea.

A person having a name Deyjah is someone who is responsible and appreciates quality in all things.

The name Imani is elegant and strong Swahili name. It means faith.