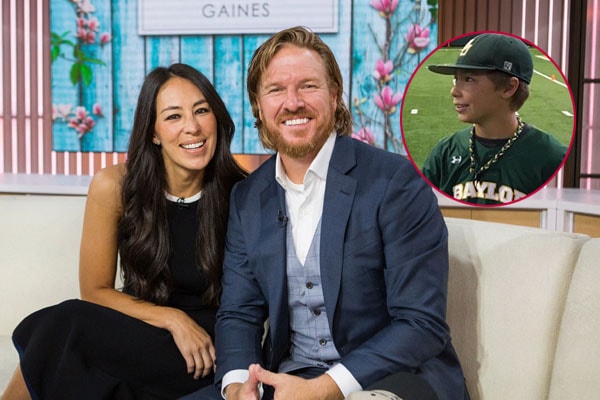 Drake Gaines, Joanna Gaines‘ eldest son with husband Chip Gaines was born on 4th of May, 2003. Drake’s parents, Chip and Joanna Gaines are the owners of the remodeling and design business Magnolia Homes. The romantic couple shared their wedding vows in 2003 along with their friends and family.

Altogether Chip and Joanna are parents to five children. Drake is the eldest among his four other younger siblings. He has two brothers named Duke Gaines and Crew Gaines; and two sisters Ella Rose Gaines and Emmie Kay Gaines.

Drake Doesn’t Even Know His Parents Are Famous

Drake’s parents, Chip and Joanna Gaines are popular among audiences through their hit HGTV show, Fixer Upper. Joanna Gaines has reached 11 million followers on Instagram where she shares almost all of her children’s activities among her fans.

It’s quite unusual that the Fixer Upper hosts describe themselves as strict parents when it comes to phones and TV. The Gaines’ family seems to enjoy simple things in life. Obviously, the family doesn’t have a television in their country home. And Drake’s mother Joanna told to People that her children don’t get the fact that she has a show.

Chip and Joanna also keep their children out of the spotlight and want to give them the chance to have a normal childhood. So we can assume that Drake simply doesn’t know that his parents are famous.

Drake also has family pet dogs and loves them accordingly. He seems to enjoy his time with his pets on the farm.

Drake Gaines Is Named As A Memorial Of The Drake Hotel

The eldest child of Gaines couple is named after the history Drake hotel in New York City. Drake’s parents spent their honeymoon in the very hotel. Drake is an old English name which gives the meaning of “Dragon“.

The hotel was once hosted as  A-listers but sadly, it has since been closed and been demolished.