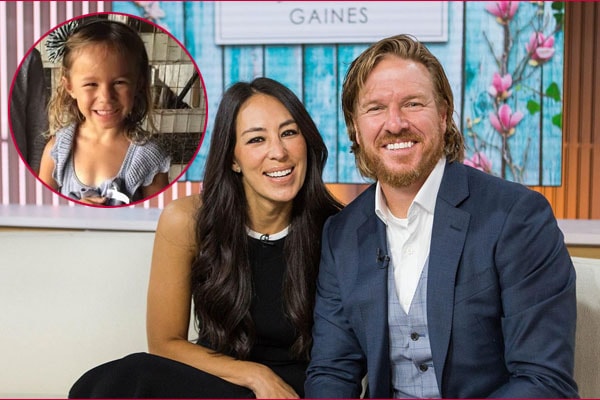 Emmie Kay Gaines, Joanna Gaines‘ youngest daughter with her husband Chip Gaines, was born on 1st of February 2010. Emmie’s parents, Joanna and Chip Gaines are best known as the hosts of the HGTV reality show Fixer Upper. The romantic couple also owned and operated a design business named Magnolia Homes before their daughter Emmie was born.

Joanna and Chip are proud parents of five children. Emmie, the youngest daughter of Joanna is growing up on a farm alongside with her four siblings-three brothers and a sister named Duke Gaines, Crew Gaines, Drake Gaines, and Ella Rose Gaines respectively.

Emmie, The Youngest Daughter Of Joanna Gaines Is Mostly Like Her Mother

It is not just the looks that have escalated fans to think Emmie and Joanna have a special mother-daughter bond unlike any other. Joanna is one of the best lifestyle hosts on HGTV who is also running her own restaurant, writing design and cookbooks, and following her home decor lines.

Just like her mother, the 9-year-old Emmie is already taking a liking to garden and design work. Together, the mother and daughter collect book and flowers and begin the gardening process. According to the US Weekly, Joanna’s youngest daughter also sold fresh floral arrangements on her summer vacation.

Not only that, but Emmie also has a special connection with her father, Chip. In one of the episodes of Fixer Upper, she helped her father to install the wall treatments.

While raising their kids, Chip and Joanna certainly are doing their best to establish connections among their five children. And in the hunch, Emmie quite seems to be a little Joanna in the making. According to the US Weekly, fans have declared Emmie as a twin of her mother Joanna and she treats Crew more as a son than a brother.

Emmie is a girl’s name of German origin which means “whole or universal”.