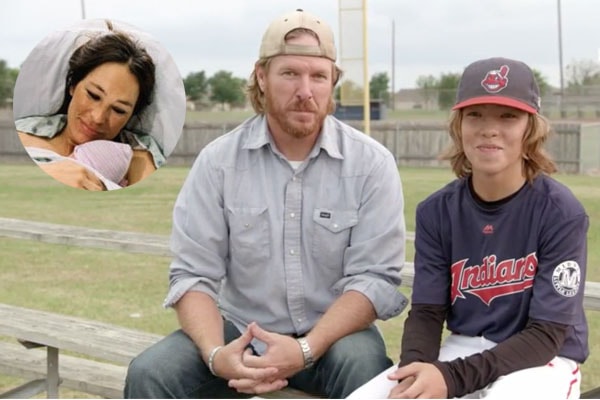 Joanna Gaines‘ middle son Duke Gaines was born on 23rd of May 2008, to her husband, Chip Gaines. Duke’s parents, Chip and Joanna Gaines are popular among audiences through their hit HGTV show, Fixer Upper. The romantic couple dated back in 2001 and got married in 2003.

As mentioned earlier, Duke’s parents are the hosts of the popular reality show Fixer Upper. Their first season of the very Waco, Texas-based show premiered on May 23, 2013, when Duke Gaines was only 5 years old.

In the show, Joanna and Chip would show their buyers three potential houses for purchase in central Texas. The show was an instant hit with its popularity rocketing each consecutive year and lead to increased tourism and economic development in Waco, Texas.

However, after season 5 of the show, the couple decided to end the show. In an interview, the duo expressed that the desire to focus on their children’s upbringing including Duke is what motivated the hosts to step away from Fixer Upper.

Duke’s Parents Are Quite Concerned For Their Children Upbringing

As mentioned earlier, Duke’s parents seem quite concerned about him and his siblings’ upbringing. They might be pulling in the major dough through their show and business ventures, but that hasn’t changed the way Chip and Joanna are raising them.

The Fixer Upper hosts describe themselves as strict parents, especially when it comes to phones and TV. The Gaines mentioned that the kids won’t get phones till they go to college.

The 11-years-old kid Duke seems to enjoy baseball. His father, Chip mentioned in one of his Fixer episodes that Duke is a lefty and the best ballplayer.

It is quite obvious that Duke’s father is the reason behind his love in sports as his father played college baseball and is a sports freak.

As of now, Duke is quite young and not involved in any profession and is busy with his studies and school work. He loves spending time with his parents including his 4 siblings in his parents’ farm.

Duke is a boy name of English origin which is the royalty title used as a nickname.