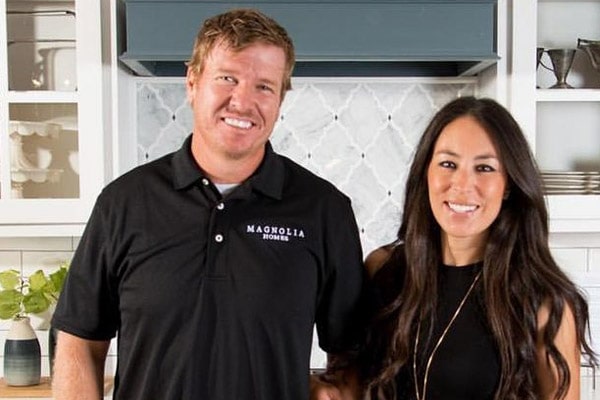 The reality TV stars Chip Gaines and Joanna Gaines are best known for HGTV’s show Fixer Upper. As their TV series stopped broadcasting since 2018, the Gaines couple runs a few businesses in Waco, Texas. Among them, Magnolia Market holds a special place in their heart, which they started shortly after their marriage in 2003.  Currently, Chip and Joanna are busy getting ready with the renewed version of their former show Fixer Upper.

It has been over a decade since Chip and Joanna Gaines tied their marital knot. Their married life did not only made them business partners but also made them parents to five adorable kids. Here, meet Drake Gaines, Chip Gaines, and Joanna Gaines’ eldest son and know him better.

Aforementioned, Chip Gaines and Joanna Gaines have been in a marital bond from 31 May 2003. Since then, the two are together as a husband and wife and as business partners. The cheerful couple is always there to support each other in every up and down in their life.

Drake Gaines became a blessed brother for the first time when his sister Ella Rose Gaines added up to the family in October 2006. Similarly, his parents gave birth to his younger brother, Duke Gaines, on 23 May 2008. Likewise, Chip and Joanna welcomed their fourth child and Drake’s second sister, Emmie Kay Gaines, on 1 February 2010.

Furthermore, the youngest member of Gaines’ fam, Crew Gaines, was born two and a half weeks earlier than the due date, in June 2018.

Drake and his younger siblings spend most of their time together. They help their mom and dad in their works and play together around their Waco, Texas farm.

The oldest son of Chip and Joanna, Drake Gaines, approached one step further to adulthood from this year. The fifteen-year-old Drake received his driver’s permit in February of this year and earned a new independence level. Now, he is ready to get behind the wheel of the car.

The proud mother, Joanna, had shared the news via her Instagram page. She told Drake had to wait for an hour in the line and finally was called up to get his driving permit.

Moreover, she mentioned in the same post that it happened just as she was teaching Crew to climb stairs. However, her youngest son insisted on doing it himself. Each boy’s new level of independence made Joanna feel emotional at that time.

A Great Help To Chip and Joanna

The talented designer, Joanna Gaines often gives credit to her partner, Chip, for the Gaines family’s success. She says that her husband pushes her to dream and achieve anything she desires. Their son, Drake, and their other youngsters are following Chip’s encouraging example.

In 2018, Drake and his younger siblings wrote inspiring letters and assembled healthy snacks for Chip to cheer him as he worked toward completing a marathon. Later, their dad told in an interview that he got teary eyes that morning when he saw his kids’ arrangements. At mile 5, it was the sole thing he could think of.

Furthermore, while other Gaines couple’s children help them in gardening, baking, and designing, Drake prefers the production side. He has a little app to make movies. Moreover, when Drake’s parents are busy with their works, he looks after their other four little ones.

The former Fixer Upper host Chip Gaines was a standout second baseman in his high school. After completing his high school and playing at North Lake Junior College, Gaines played for Baylor University. Unfortunately, Chip’s baseball dreams did not fulfill after the coach who called him up retired.

Chip and Joanna Gaines’ son, Drake, and his younger brother, Duke, inherited the baseball bug from their father. The Gaines’ youngsters are taking after their dad when it comes to their favorite sport. They play baseball together on their farm and sometimes at the nearest reachable baseball field too.

In 2018, Chip and his sons received an extraordinary gift that undoubtedly helped them grow their game skills. The Waco-based Gaines boys received three customized leather baseball gloves from Marucci Dugout. Chip had shared about their happy moment via his Twitter page.

At last, don’t miss to watch the whole Gaines family at Uncomfortable Conversations with a Black Man with Emmanuel Acho in the above video.