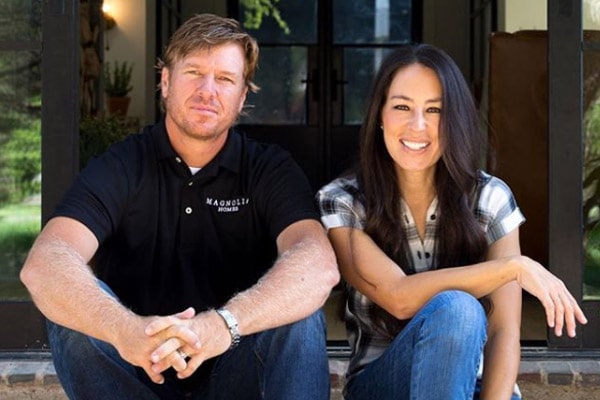 The former hosts of HGTV’s Fixer Upper, Chip Gaines, and Joanna Gaines, have been fixing up, flipping, and remodeling homes together for the past 12 years. The couple has provided their service on more than a hundred homes together, combining Joanna’s unique eye for design and Chip’s great instinct on real estate.

The owners of Magnolia Homes in Waco, Texas, Chip and Joanna are not only business partners but also the cutest married couple around. The duo is parents to five gorgeous kids. Here meet one of the Chip and Joanna Gaines’ children, Ella Rose Gaines, and know a little more about her.

The lovely husband-wife, Chip and Joanna Gaines, met each other for the first time after graduating from Baylor University. Shortly after their meeting, they began dating each other, followed by marriage on 31 May 2003.

After a year of Chip and Joanna’s wedding, they became proud parents for the first time. Joanna gave birth to Chip’s eldest son, Drake Gaines, on 4 May 2004. And right after two years of the birth of Drake, Chip and Joanna welcomed their second child and the eldest daughter, Ella Rose, in the Gaines family on 23 October 2006.

Besides, Ella Rose’s parents welcomed their three more children after her birth. Ella’s younger brother, Duke Gaines, added up to her family on 23 May 2008. Similarly, her sister Emmie Kay Gaines was born on 1 February 2010.

Furthermore, Ella Rose has a younger brother, Crew Gaines, born two and a half weeks earlier than the due date on 23 June 2018.

Ella’s parents are strictly secretive when it comes to Ella and her sibling’s privacy. Chip and Joanna rarely share photos of their daughters and sons except for their youngest, Crew. According to Ella’s mom, Joanna, Crew is too young to know about the world yet. However, her other kids are big enough and prefer to stay on the other side of the camera.

Following In Her Parents’ Footsteps

Chip and Joanna Gaines’ daughter, Ella Rose, follows in her parents’ footsteps in cooking, designing, and decorating homes. At such a young age of fourteen years old, Ella seems to have a business mind. Although Ella Rose is just a teenager, she already has an idea about what she wants to be in her near future. Ella wishes to have a donut truck of her own when she grows up.

According to the Instagram of Joanna, in the Summer of 2018, Ella began her own little bakery business. Her new business was to sell baked goods at the office when she went to work with her mom. The little girl stole the packing ideas straight from her momma, Joanna’s cookbook. She knows well how to place sweet treats inside mason jars adorned with wooden spools and twine.

Besides being keen on baking, Ella Rose is equally interested in designing like her mother. She is often seen decorating and redesigning her rooms on her parent’s Instagram page. Moreover, Ella and her sister Emma help out on the farm and design something with their mom.

Furthermore, the caring natured Ella is also filled with photography skills. Whether it is a photo of something from nature or a picture of Gaines’ family members, Ella captures them like a professional photographer. Chip and Joanna Gaines’ daughter is an expert in every work she does. However, it’s on her what field she will choose specifically as her career when she grows up.

Her Parents Left Their Show For Security

It is well-known to all the American TV series Fixer Upper fans that it continued from 2013 to 2018. The ending of the hit HGTV show disappointed lots of fans of Chip and Joanna. However, they did it for their five adorable kids.

According to various sources, Chip and Joanna decided to pull the plug down on their show for their daughter Ella Rose and other children’s safety. The parents of five tried a lot to keep their little ones away from the paparazzi. However, people used to come to their place for business purposes and take pictures of their youngsters. So, the Gaines’ couple took a step back from their profession as host in 2018.

People might have thought that the chapter of Fixer Upper is closed. However, Ella’s parents will soon be back on the TV with its renovated version. The reboot of Fixer Upper will air on the couple’s very own Magnolia Network, collaborating with the HGTV in 2021.