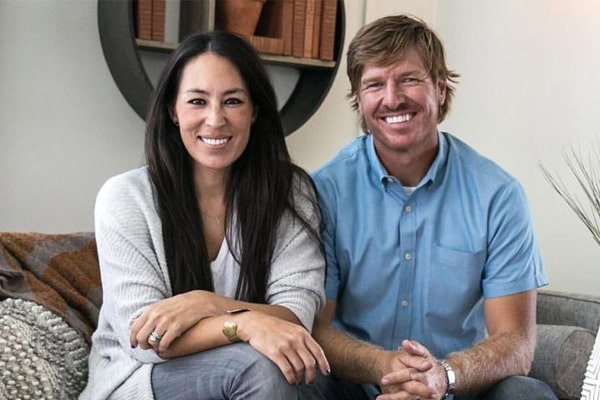 Emmie Kay Gaines is the daughter of the former Fixer Upper hosts Chip Gaines and Joanna Gaines. The famous television personalities, Chip and Joanna, hosted their hit HGTV’s show from 2013 to 2018. However, the long-time married couples are returning with the renewed version of their old TV series soon.

Besides Emmie, the Gaines husband-wife duo is proud parents to four more adorable kids. But for now, indulge yourself specifically in the life of Chip Gaines and Joanna Gaines’ daughter, Emmie Kay Gaines, and get to know her a bit better.

The creative Gaines couple, Joanna and Chip Gaines met for the first time after graduating from Baylor University. After dating for some years, Chip took the wedding vows with Joanna on 31 May 2003. And the jolly married pair are together since then, not only as husband and wife but also as business partners.

Aforementioned, Chip and his match Joanna have five kids together. They welcomed their daughter, Emmie Kay Gaines, on 1 February 2010. Emmie became the Gaines pair’s third child after her elder siblings, Drake Gaines and Ella Rose Gaines. Her older brother, Drake, was born on 4 May 2004 while her sister, Ella, joined the Gaines family in October 2006.

Likewise, Emmie has two younger brothers, Duke Gaines and Crew Gaines. Her parents gave birth to Duke on 23 May 2008 and her little brother Crew on 23 June 2018. Crew Gaines joined the Gaines’ family two and a half weeks earlier.

Emmie is very close to her siblings. She enjoys spending time with her kinfolks and parents. Chip and Joanna often share Emmie’s photos and their other kids on their respective social networking handles. Fans of the former Fixer Upper couples can see Emmie and her siblings working on the farm and doing other creative chores via their Instagram and Facebook accounts.

An HGTV Star In The Making

Chip and Joanna Gaines have taught their little ones practical skills to the fullest and have let them reap the benefits of country living. And, their youngest daughter Emmie has proven herself to learn those all.

The ten-year-old Emmie Kay has inherited most of the skills of her creative parents. At such a young age, Chip and Joanna Gaines’ daughter has established herself as a little gardener. Her parents do not know what her watering schedule is or how she cares about her plants. But Emmie is proving herself to be quite the plant lady. Emmie’s mom, Joanna, shows off her daughter’s plants sometimes via her social media handles.

Emmie, Joanna’s hard-working little girl, is a vital contributor to the Gaines family’s massive and beautiful garden. Who knows? Chip and Joanna’s skilled little lady, Emmie, might follow in their footsteps with her own HGTV show one day!

Made Up Her Recipe And A Cookbook

Emmie Kay is not only a little gardener; she is also a great help to her mom and dad in other ways. Influenced by her cooking and baking expert momma, Joanna, Emmie can roll out cookie dough and make cookies on her own.

Emmie can bake cookies from scratch all by herself. Moreover, she took a step further and created her very own recipes, just like her mother. The little baker’s favorite cookie is a shortbread cookie blended perfectly with chocolate chip topped with yummy icing among Emmie’s numerous recipes.

Besides, Emmie also helped her mother make her cookbook ‘Magnolia Table: A Collection of Recipes for Gathering.’ Joanna Gaines’ cookbook includes Emmie’s experimental recipe, which her mom named ‘Emmie Kay’s chocolate chip kisses cookies.’ Moreover, it consists of some of the unique ideas of her other kids too.

With all these culinary talents, it seems like Emmie might make a guest appearance on her parent’s upcoming cooking show.

Although Chip and Joanna are very concerned about their kids’ privacy, they let their daughter Emmie make a brief appearance on their show. Emmie gets her hands dirty alongside Chip to assist with his particular project in Fixer Upper Series.

Chip and Joanna’s little princess helped her dad install a wall treatment during one of the seasons of Fixer Upper. She naturally applied the adhesive to the back of the Moroccan-inspired squares while helping her dad decorate one of Chip’s clients’ houses. Watch the father-daughter duo working and learning together in the above video.