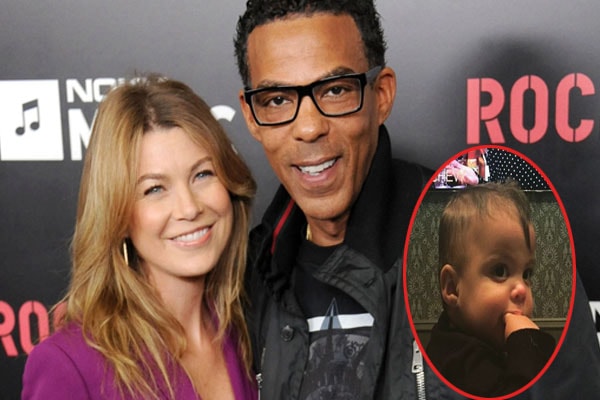 Eli Christopher Pompeo Ivery is the only son of Grey Anatomy’s actress Ellen Pompeo and her husband Chris Ivery who was born in December 2016. He is the couple’s third child together.

Ellen Pompeo’s husband Chris Ivery keeps his profile low from social media and even when it comes to their children, the couple prefers to keep them away from rumors and negativity. The only thing we can get to know about them is through Ellen Pompeo.

Ellen has shared one adorable picture of Chris Ivery with son Eli Christopher. It gave us a glimpse of Eli Christopher where he seems to like getting cuddled up by his father. It also gave us a rare chance to know that Eli is growing up well. Both proud father-son duo seems to be inseparable from each other.

The arrival of their son, Eli Christopher has brought great happiness and blessing in Ellen and Chris’ life. Though Ellen isn’t the type to showcase her children on social media, last year Eli mesmerized our heart full of fondness with him on a video where he joined for a dance with his mama.

As of now, Eli is two years old and he has already begun to hang out together with his family. He also has been to a stadium to watch the Knicks game with his father. Eli likes to dine out with his family. And it looks like Ellen Pompeo’s son Eli Christopher loves pasta.

Eli Loves To Walk By His Father

Chris and Ellen have been married over a decade now and they already bore three children with whom they share each other’s lovely moments. As far as we have witnessed, Chris has been spotted mostly with his children. He is undeniably a good dad and what more grateful thing is that Eli Christopher is with a great dad who takes care of his family.

The two-year-old, Eli Christopher takes his walking lesson from his dad. It looks like the father-son duo of Chris and Eli love spending quality time together.

The name Eli is of Hebrew origin which means ‘My God.’ Christopher is from the Greek word meaning “Carrier of the Christ.”