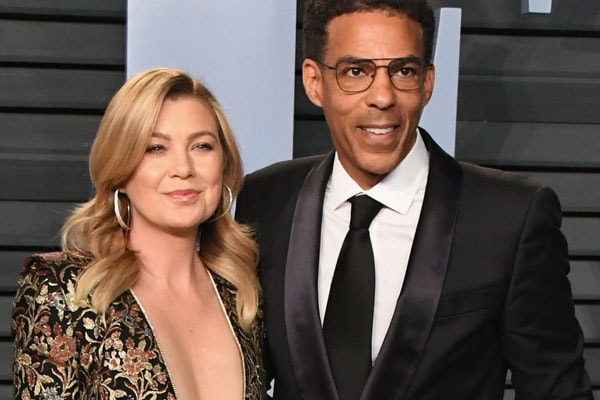 Grey’s Anatomy actress, Ellen Pompeo has been married to Chris Ivery since 2007. It’s been over a decade since they tied the knot and has got two daughters and one son: Stella Luna Pompeo Ivery 9, Sienna May Pompeo Ivery 4 and Eli Christopher Pompeo Ivery 2.

The couple had a secret marriage before they officially announced their knot. Though the two don’t share much about their relationship, it was revealed that Ellen and Chris first met in a Los Angeles Grocery store in 2003. Since then, they started dating.

Pompeo and her partner Chris Ivery share the same thing: despite being celebrities, both don’t fancy exposing their private life to the public. They kept their marriage away from social media in order to enjoy their privacy, and before they returned home, the couple enjoyed private moments to the fullest.

Before then, the couple of Ellen Pompeo and Chris Ivery has also kept the media clueless of Ellen’s second time pregnant with daughter Sienna.

The 52-year-old Chris Ivery isn’t much active on social media and Instagram either. However, we come to know that Chris is doing his best to protect his family as a responsible father. Ellen Pompeo has shared in her Instagram stating that her husband Chris has been the rock of her life.

Ellen Pompeo is one of the television’s highest-paid actresses. She has earned great fame through her drama Grey’s Anatomy. But Ellen Pompeo’s husband Chris revealed that he doesn’t watch Grey’s Anatomy series because he feels awkward with nude scenes.

Though the couple rarely shares about their relationship and private life, they seem to be a perfect family.

As far as we know, Chris is a good dad and a husband. It is apparent in the long-term relationship he has been with his amazing wife, Pompeo and the environment he provides to his kids.

Chris Ivery has shared the memorable picture of them together on a beach. So far, we have come to know that Chris is a music producer and he has worked with the song, Cheers (Drink To That).