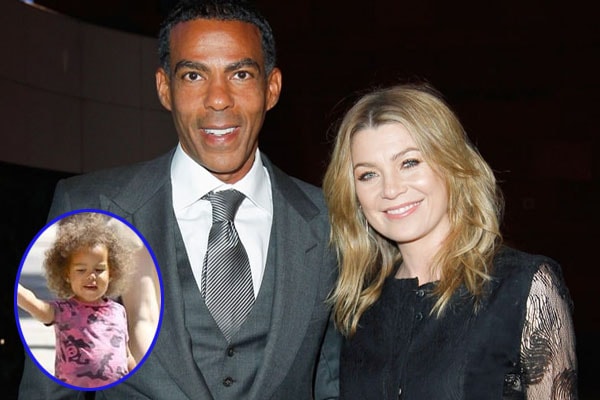 Chris Ivery and Ellen Pompeo’s daughter Sienna May Pompeo Ivery was born in the year 2014. The couple has three children altogether, and Sienna May is the couple’s second daughter.

Ellen is a person with lots of secrets. She kept the secret of her second daughter’s birth from the public aware and even before, she had a secret marriage in New York hall which she announced only after three days of marriage. From what we heard from Ellen Pompeo, Sienna didn’t have a normal reproduction process. She went through surrogation where she was carried by another mother, and though it is a risky thing to do, she is fit and fine now.

Ellen initially disclosed this news through her twitter and even in an interview with Jimmy Kimmel, she revealed the baby’s secret birth.

As of now, Sienna is four years old and she learns to pronounce the word from her mother.

Sienna May And Her Sister Stella Luna

Stella Luna was five years old when the couple welcomed their second daughter, Sienna. The cute Sienna was a stranger to Stella for the first time. It was fun to know how Stella used to treat her and to tell her to leave the house. However, as she grew they became each other’s best company and have even begun to copy things from each other.

The cute thing that these two sisters share is that both have the same curly hair.

Every time, when Sienna comes in the limelight on Ellen’s videos, her smile makes everyone feel mesmerized. Since Ellen loves dancing, she makes her daughter dance too. She has to persuade Sienna to dance for cookies.

The name Sienna is originated from the city of Italy. It means ‘Orange Red”.  May is derived from the Latin Maius which is usually associated with the month of May.