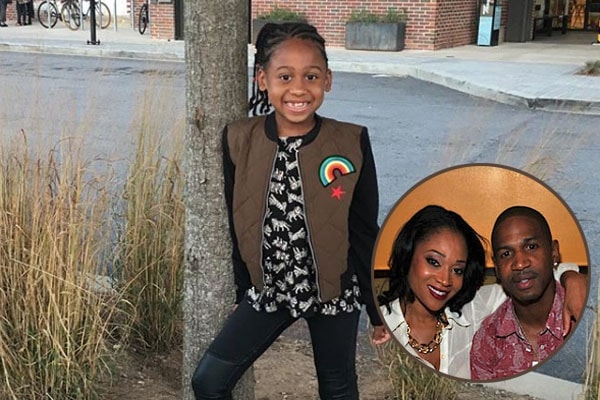 The LHHA star Mimi Faust‘s daughter Eva Giselle Jordan was born on the 13th of October, 2009. Eva Giselle is the only kid of Mimi whom she had with her ex-partner Stevie J.

The lovely Eva Giselle has got five half-siblings from her father’s side though. Her elder half-brothers are Steven Jordan Jr. and Dorian Jordan. As for her half-sister, they are Savannah Jordan, Sade Jordan and Bonnie Bella Jordan. Bonnie Bella is Stevie J’s daughter with his ex Joseline Hernandez.

Being the only child of Mimi Faust, there is a strong bond between the mother-daughter duo. Well, we can say that the cute Eva Giselle Jordan is the mini-me version of her mama, Mimi Faust. But not everybody thinks that as many fans point out that Eva is a replica of her father Stevie J.

Like Mimi, Eva has also got a social media account which has got over 260K followers. Most of her feed is filled with her adorable photos alongside her parents, and Mimi and Stevie run the account.

Not just with mother, the cute Eva Giselle is very close to her father too.

And going through Eva Giselle Jordan’s Instagram, what we have found is that, she loves hanging out with her parents and seems like a fun person to hang around with.

Not many may have noticed this but, Mimi Faust’s daughter has already appeared in one of the episodes of Love & Hip Hop: Atlanta. It was back in May of 2017 when Stevie J tells Eva about her younger half-sister Bonnie Bella Jordan. In that episode, Eva even mimics her 47-year-old father Stevie J who is married to Faith Evans.

Now we have to wait, whether or not that Eva Giselle Jordan will enter the entertainment industry like her parents. We are sure about one thing, no matter what she chooses, her parents will always be by her side to support her.

The name Eva is the Latinae counterpart of Eve which is derived from a Hebrew name which means “living one” or “life.”

As for the name Giselle, it is originated from German name “gisil” which means to owe or a mutual obligation.