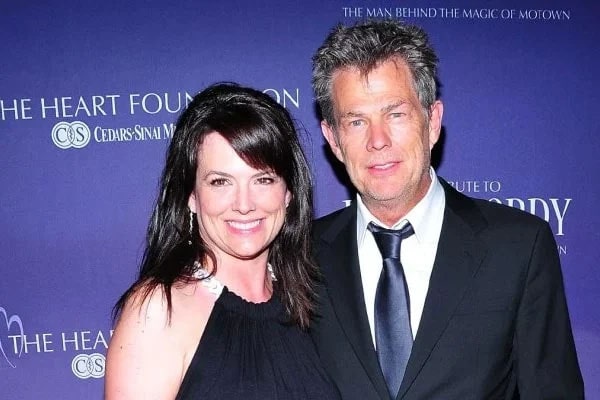 Gorgeous Allison Jones Foster is David Foster‘s daughter with his baby mama and was born on April 6, 1970. Allison Jones is David Foster’s eldest daughter of all. Her dad is one of the famous musicians and composers. However, Allison’s mom has been a mystery and is a complete stranger in the spotlight too.

Allison Jones has four half-sisters, and they are Erin Foster, Amy S. Foster, fos, and Jordan Foster. Since many of you don’t know much about Allison Jones, as you know David Foster, stick up with the article until the end and get to know more about David Foster’s daughter.

Secretary to the Board And Director At The David Foster Foundation

David Foster’s daughter, Allison, is the secretary to the Board, Director, Business & Stakeholder Relations at the David Foster Foundation. She also has an MBA from McMaster University. Her background includes more than 15 years with Fortune 500 companies in various roles, such as sales, business development, and product management.

Allison Jones’ role is to strengthen strategic corporate partnerships and improve community and business relations on the board. Despite Allison’s less-than-ideal upbringing, she has gone on to become successful in her career. David Foster must be very proud of his daughter and how she made a fantastic career by herself.

Well, shortly after her birth, Allison was adopted, so she has actually spent less time of her childhood with her dad.

Nevertheless, the father-daughter duo reconnected when Allison was 30 years old and has been a part of her life ever since. So, she got this opportunity to work as a secretary to the board at her dad’s organization. Now, Allison and her dad, David, have a great bond with each other.

Allison Jones Foster Is A Wife And Mother Of Two Children

Going through Allison’s personal life, she married her husband, Brent Jones, and the married couple has two children named Tristan Jones and Aaron Jones. The lovely couple has been married for over two decades. Their love for each other is still the same, and they love each other immensely.

Nonetheless, she has kept her life private and far away from the limelight and media. The small family is probably pursuing to live a low-key and quiet life indeed.

Allison also has an Instagram account, and she frequently keeps on posting her family’s photos too. Her two sons have undoubtedly grown up to become handsome.

Well, we can see that Allison is very happy to have a loving husband and two adorable children. FYI, she lives in Edmonton, Alberta, with her lovely family. She might be pleased with how her life has been going right now.

As mentioned prior, Allison is the eldest daughter of all and has four half-sisters. Certainly, she is close to all of her sisters. Allison’s three sisters, Erin, Sara, and Jordan are David’s daughters with his ex-wife, Rebecca Dyer.

Sara is a gorgeous model and actress, well-known for 90210reboot. As for Erin, she is a T.V. writer and also a part of the Quibi travel series, High & Low. And Jordan is a stylist in both Los Angeles and New York City.

Allison’s half-sister, Amy S. Foster, on the other hand, is David Foster’s child with singer B.J. Cook. She followed her parents’ track to become a songwriter and later an author. Some of her songs are Home, Everything, and To Be Loved. She has also written several books, including The Rift Trilogy, as the latest one. Allison also became a big sister recently as her stepmother, Katharine McPhee, gave birth to her and David Foster’s first child together. Maybe we might see the brother-sister duo in the near future.

We hope that David Foster’s daughter Allison Jones Foster will open up more about her life in the upcoming days. And wish the very best for her life.

According to the Greek origin, Allison derived from the word ‘Aletheia’ meaning ‘truth.’