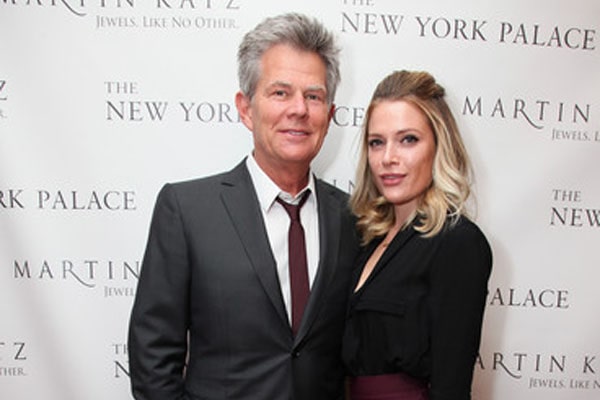 Gorgeous Jordan Foster is one of David Foster‘s daughters, whom he had with his ex-wife, Rebecca Dyer. She was born on Sep 26, 1985. Jordan has two gorgeous elder sisters, and they are none other than Sara Foster and Erin Foster. Talking about Jordan’s parents, they married each other in 1982 but divorced each other in 1986.

Jordan Foster Is A Stylist

Well, David Foster’s daughter, Jordan Foster, is a stylist by profession. Her career began in the entertainment industry, working in music. However, she then recognized her passion for creativity and moved to New York to enter the world of fashion.

Jordan has succeeded to mark a major turning point in her career, embarking as a solo stylist. Plus, she has worked with a variety of celebrity clients such as Ashley Graham, Kate Upton, Karolina Kurkova, Lily Aldridge, and her two sisters, Erin and Sara as well. Her innate eye for style, combined with her dedication to the craft, keeps her at the frontline in the fashion industry.

Jordan Foster probably has a satisfying net worth as a stylist. Even though she has not disclosed anything about her income, she seems to have promising earnings. According to IMDb, she has also starred in two movies, Not My Time and Guitar Zero. Therefore, Jordan’s income as an actress also includes inside her net worth.

David Foster’s Daughter Is A Wife And A Mother

As for Jordan Foster’s personal life, she married her husband, Tomas Woodger, on July 20, 2013. The couple celebrated their wedding with their families. Jordan had worn a lace Monique Lhullier gown and Maria Elena headpiece.

They two are so perfect for each other. Going through Jordan Foster’s Instagram, she barely posts any photos of her husband. Jordan and Tom are parents to their adorable children, Otto, born in 2018, and cute Juni Margaret. But she never hesitates to share her children’s photos on her social media handle. The small and cute family are so happy together.

So, Jordan is an amazing wife and a loving and caring mother at the same time. She is living happily with her husband and children.

Jordan Foster’s Issue With Her Step-Mom

Jordan’s dad, David Foster, married his wife, Katherine McPhee, who is 34 years younger than him, in 2019. In an interview with PEOPLE, Jordan and her sisters joked their only issue with Katherine being so hot.

While Erin and Sara said how insane her body is and all of their husbands “hang on the side ogling her.” Jordan added, “Even my 2-year-old son [Otto].” Other than that, Jordan seems to have a great bond with her step-mom.

As stated earlier, she has two elder sisters named Erin and Sara Foster. Erin is a TV writer and also part of the Quibi travel series, High & Low, with Sara, whereas Sara is a model and actress.

She is also a half-sister to Allison Jones Foster and Amy S. Foster. Allison is the secretary to the Board and Director at David Foster Foundation. As for Amy, she is a Canadian songwriter and an author. Amy is also the mother of three adorable children. Foster became an older sister again as her father and stepmother, Katharine, welcomed a healthy baby boy to the family in February 2020.

According to Hebrew origin, the name Jordan came from the word ‘Yarden,’ meaning ‘one who descends.’