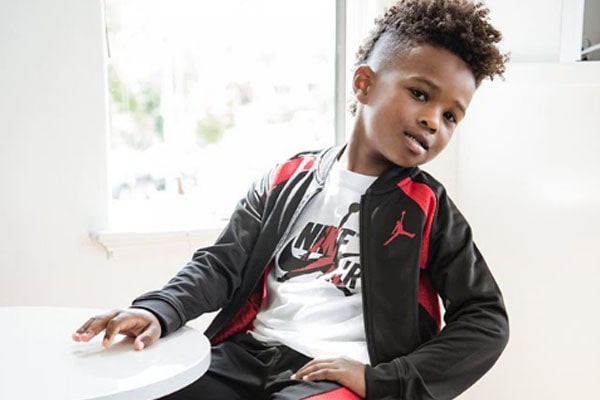 Ciara‘s son with Future as the baby father, Future Zahir Wilburn, was born on May 19, 2014, weighing 9 lbs and ten ozs in California. His parents became engaged seven months before his birth. However, the engagement came to an end when Future Zahir was just three months old. As of now, Ciara is in a marital relationship with Seattle Seahawks quarterback, Russell Wilson.

Well, adorable Future Zahir has got some impeccable dance skills and moves. It’s no surprise that he probably inherited his momma’s passion as the ‘Goodies’ singer is an expert at dancing. He steals the show wherever he goes with his impressive and breath-taking dance moves. In 2018, Ciara brought her boy to the AMA Awards, and all the cameras focused on Future Zahir with his Michael Jackson moonwalk.

No wonder, Ciara’s son could be one of the prolific dancers soon in the coming years. Ciara’s probably coaching her son from her dancing experiences. Besides dancing, he is also picking up his step-dad, Russell’s athleticism. The stepdad & stepson get along with each other, and they were spotted practicing touchdown catches too. Also, Future Zahir has a keen interest in playing baseball too.

Therefore, Ciara’s kid already impresses the world with his brilliant flairs and abilities. The little Zahir will surely make his parents very proud by turning his passion into a bright career.

Ciara’s Son, Future Is Living With His Mom And Step-Dad

Future Zahir has been living with his mom, step-dad, and his half-sister, Sienna. Well, the lovely family is enjoying their life happily. Future Zahir bonds well with his step-dad and Russell loves to hang out with him as their ‘bonding time.’ Since Ciara has an estimated net worth of $20 million, her son is perhaps having a splendid and magnificent life.

Going through Ciara’s Instagram Profile, the lovely family enjoys celebrating holidays and festivals together. He and his half-sister, Sienna are cherishing the family’s happiness and joy. Ciara and Russell are really taking good care of Future Zahir and Sienna. They take them to beaches, award shows, fancy places, whatnot.

Nevertheless, Rapper Future also loves his son. During the kid’s fifth birthday, his father gifted him a Rolex worth $36K.

Keeping everything aside, let’s hope that Future Zahir will group up to be a generous person and make his parents proud.

The name Future is of English origin, and it refers to ‘Gift of god.’ Similarly, Zahir came from Arabic origin, meaning ‘helper, supporter.’