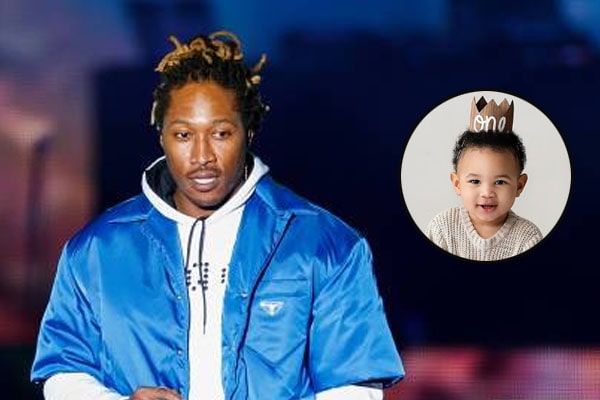 Born in December 2018, Hendrix Wilburn is rapper Future‘s son with baby mama, Joie Chavis. As of April 2020, he is the youngest child of all. Adorable Hendrix created baby fever on social media after he entered into the world. Future and Joie were so happy and joyous to be parents of cute Hendrix.

As Hendrix is the youngest family member, he has five elder half-siblings. Jakobi Wilburn, Future Zahir Wilburn, Prince Wilburn, and Londyn Wilburn from daddy’s side. On the other hand, Shai Moss is his half-sister and Joie Chavis’ daughter with baby father, Bow Wow. Hendrix must be getting immense love from all of them. Now, here’s what you need to know about Future’s son, Hendrix.

Just days after Future’s baby mama, Joie Chavis gave birth to Hendrix, she shared an adorable photo of the baby that went viral on social media. Hendrix’s cuteness and sweet face probably stole the hearts of many. Hendrix became the main focus of the spotlight in the showbiz industry and also the star at one night.

Now, Joie Chavis’ Instagram Profile is filled with lots of Hendrix’s adorable snaps and photos. She frequently posts photos of her two children. The photos seemingly give us a hint that she is a happy mother with two kids. Future’s son, Hendrix, is getting a fascinating life to live with his mom and half-sister. Also, Joie, spending precious time with her children is as pretty as the picture are.

We assume rapper Future also goes to see his youngest son and be an essential part of Hendrix’s life. Since Joie is taking the responsibility of parenting Hendrix, Future must be happy for both Joie and his little son.

Joie Chavis’ Daughter, Shai Has A Sibling To Play With

As mentioned above, the choreographer and entrepreneur, Joie Chivas, is raising both Hendrix and Shai together. Shai was probably very excited to welcome her younger brother before. Now that Hendrix is the part of the family, she has someone to play with her all the time.

The bro-sis pair shares a great love and connection. Just by looking at some of Joie Chavis’ Instagram photos with them, you can know. Hendrix and his sister, Shai, make each other happy and complete. The two kids are living a magnificent and splendid life with their mom.

Hence, Shai is very lucky to have Hendrix as her brother, best-friend, and playing partner.

Hendrix came from the German ‘Heinrich,’ which is from the Old High German Haganrih(ruler of an enclosure).