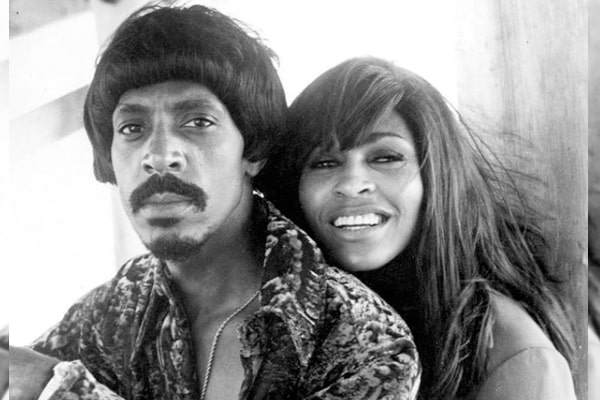 Tina Turner is one of the most celebrated singers and actresses in the entertainment industry to date. However, one of the most influential icons had to suffer domestic abuse at the hands of her ex-husband, Ike Turner.

Regardless of the violent relationship, the former Turner couple welcomed a son together, Ronald Renelle Turner. However, Tina also adopted Ike Turner’s children, Ike Turner Jr. and Michael Turner, raising them. She also had a son, Craig Raymond Turner, from her relationship with musician Raymond Hill.

Here, we shall talk about Tina Turner’s son, Ike Turner Jr., and their whereabouts. Stick until the end to find out about the mother-son relationship after her second marriage to Erwin Bach.

Ike Turner, like Tina, is a celebrated man; his career decorated with achievements and personal life tethered with violence. Despite his violent behavior, Turner managed to father six kids with four different partners. He first embraced fatherhood with his live-in girlfriend, Lorraine Taylor, as they welcomed their first kid, Ike Turner Jr., in 1958.

Furthermore, Jr.’s brother, Michael Turner, was born a year later in 1959. Unfortunately, Ike and Lorraine parted ways shortly after Turner Jr. and his sibling’s arrival. However, they did not lack a mother figure as Ike Turner married their then step-mother Tina Turner in 1962.

A post shared by The World of Ike & Tina (@ike.tinaturner)

Sadly, there aren’t many details about Ike Turner Jr.’s early life, but he indeed had a fun childhood. He further accompanied his parents to their concerts and tour, most certainly helping his parents in the musical field. As a result, Tina Turner’s son, Ike Turner Jr., became a Grammy Award-winning musician.

Furthermore, Ike Jr’s father, Ike Turner fathered six kids. Apart from him and his brother, Ike Jnr has two sisters from his father’s later relationships, Mia Turner and Twanna Melby Turner. Likewise, he has a stepbrother, Craig Turner from Tina’s previous relationship, and a half-brother, Ronnie Turner, Tina and Ike’s only biological son.

Following His Parents’ Footsteps Into Music

Aforementioned, Tina Turner’s adopted son, Ike Turner Jr., joined his parents’ tour when he was young. Hence, growing up, he started his work as a sound engineer at Bolic Sound and briefly for his mother, Turner, after her divorce.

While talking to Daily Mail, Ike Jr. revealed that his father, Ike Sr., took him out of school at 13, and he ended up working in his recording studio. Thus, it isn’t a surprise he chose to make his career in the music industry.

Nevertheless, Turner’s boy produced his father’s Grammy-winning album, Risin’ With The Blues, in 2006. He later formed a band, The Love Thang, as a tribute to his parents alongside former Ikette, Randi Love as Sweet Randi Love. The band released their first single, “Freaky!” in 2017.

Sadly, both The Love Thang and Ike Turner Jr prefer to stay away from the media approach, and thus not much is know about their current updates. They must be touring somewhere preaching Ike’s legacy through his melody. However, Ike Jr. seems to have an estranged relationship with his mother and accused her of abandoning him and his siblings after her second marriage.

As mentioned earlier, Ike Jr. also worked with his mother, Tina, after she divorced his father. Hence, he recalled his father pistol-whipped him after he served as Tina’s sound engineer.

Furthermore, he went into more details claiming his late father did not want him working with Tina. Thus, Ike Sr beat him in the head with a nickel-plated .45 pistol. Despite having his own share of a violent encounter with Ike Sr, he claims to have made peace with his father.

Apart from being pistol-whipped, Ike Sr also made his son count money until his hands were grey. Despite the horrible experience, Ike Turner Jr. forgave his father and believed his mother; Tina should have also forgiven him when he was alive.

Ike also remembered his parents were always absent. Hence, he and his siblings were raised by their housekeepers. Despite the fact he had worked for his father since 13 and was tortured for working with his mother and other undocumented instances, he’d forgiven him and let him rest in peace.

However, Tina Turner’s son, Ike, is saddened as his mother turned back on him and his brothers completely.

Accused His Mother, Tina Turner, Of Turning Back On Him

As the world knows, Ike Turner Jr’s parents, Tina and Ike Turner, had a tumultuous relationship. And Ike Jr had witnessed and firsthand experienced his father’s violence as well.

Hence, after getting out of the abusive marriage, Tina escaped to Switzerland and met Erwin Bach. Although she found her fairytale, her son, Ike Turner Jr., was stripped off of his mother’s embrace as he believes his mother turned her back on him and his siblings in the U.S.

While talking to The Daily Mail, Tina Turner’s baby boy, Ike Jr, spoke about her being the only mother he’d ever known. However, he sadly added that the mother-son duo hadn’t spoken since 2000.

Moreover, Ike Jr. believes that Tina distanced herself from the life spent with his father, Ike Sr., and hence cut herself off from her kids. He further added that the siblings were doing better as they get money from a trust fund.

Ike Jr also revealed that he periodically talked to his youngest half-sibling, Ronald “Ronnie” Turner, while Craig worked in real estate before dying of suicide. He also told that his brother, Michael Turner was in a convalescent home in Southern California, and his mother, Tina sends him money but does not visit.

Despite being away from the Turner shadow, Tina Turner’s son, Ike Turner Jr., enjoys his career independently away from media’s scrutiny. Thus, we do hope to see him in the coming days.

The name Ike has Hebrew origin, which means ‘he laughs or laughter.’