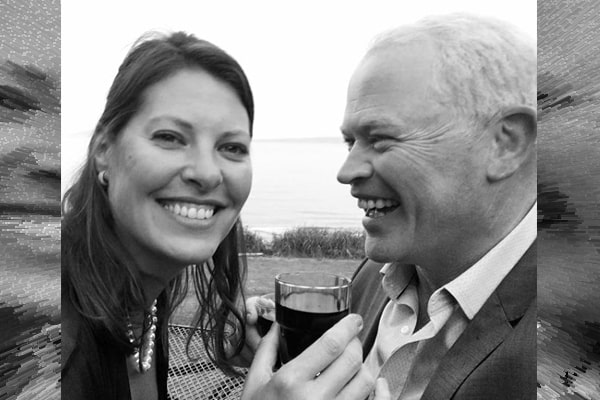 Neal McDonough is famously known for his portrayal of Lieutenant Lynn Buck Compton in Band of Brothers. He has also appeared in movies like Minority Report, The Guardian, and many more.

Besides having a thriving career as an actor, voice actor, and producer, Neal McDonough is also a loving father of five kids with his wife, Ruve McDonough. The pair exchanged their vows in 2003, and their honeymoon lasted for seven weeks. However, Ruve and Neal waited for a few years before welcoming their first kid in 2005, followed by four other McDonough kids.

Here, we shall talk about the fourth one, Neal McDonough’s daughter, Clover Elizabeth McDonough. She is an atom bomb, to begin with. Thus, stay until the end to find more about her.

After eight years of marriage and three kids, the McDonough couple decided their family was still incomplete. Therefore, they announced the arrival of their fourth kid, Clover Elizabeth McDonough, on August 15, 2011.

The Guardian star announced the arrival of their beautiful daughter in LA, weighing eight and a half lbs and measuring 21 inches long with thick dark hair like her mother, Ruve.

While talking to People, Neal also revealed that his kids, Morgan, Catherine, and London were very excited to meet their younger sister. London apparently welcomed Clove with hugs and kisses and said, “Baby …mine!”

Interestingly, Clover McDonough was born at Good Samaritan Hospital, where her father works as the celebrity chairperson. Hence, Neal commented that it was an excellent hospital, and all of his kids were born there.

Named By Her Oldest Sibling

Clover’s name seems to have a greater meaning for the McDonough family. First of all, it was suggested by her brother, Morgan Patrick McDonough. The four-leaf clover most certainly inspired him, and she is the fourth child.

Likewise, Neal explained that Clover had four leaves, and she is their fourth child. Also, the name signified good luck and added that Ruve’s favorite color is green.

Clover McDonough’s Siblings Have Chosen Their Field Of Interest

Aforementioned, Neal and Ruve McDonough welcomed five kids, Clover being the fourth. Moreover, she is adored by her older siblings and her youngest brother, James Hamilton McDonough. Furthermore, they appear in several awards shows together and are occasional faces on their father’s Instagram.

While going through Clover’s father, Neal’s Instagram, we could peek into her siblings’ interests. It turns out, her oldest brother, Morgan is into sports and plays baseball. Neal often praises his son via his social media.

Likewise, Clover’s second sibling sister, Catherine Maggie McDonough, is into modeling and works alongside her mother for her first photoshoot for Smash+Tess. Similarly, London Jane McDonough is about to make her debut as a child star in her father’s movie while she and her youngest brother, James Hamilton McDonough, are gathering inspiration from her older siblings.

The McDonough family are open to interest, and hence they’d embrace their kids’ decision. However, Neal McDonough’s daughter, Clover, might as well make her debut as an actress in the coming days. Or she might opt to work behind camera or might alter her career entirely. Only time would say that hence until then, let’s hope to see more of her on Neal’s Instagram in the coming days.

The name Clover means key and has an English origin. Likewise, Elizabeth has a Hebrew root which means God is my oath.