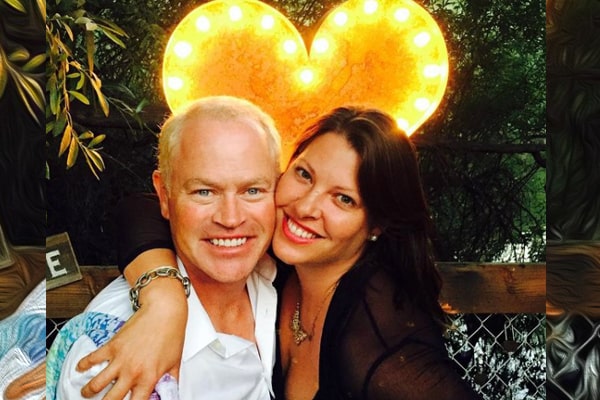 If you have seen HBO’s miniseries, Band of Brothers, you must recognize Neal McDonough, who portrayed Lieutenant Lynn ‘Buck’ Compton. He also appeared in other hit series, including Suits, Justifies, Mob City, etc.

Even though finding fame in his earlier days, Neal’s career faced a significant downfall because of his catholic faith. However, he is still a doting father of five kids with his wife, Ruve McDonough. We have heard and read a lot about his career and films, but we know very little about his kids.

Therefore, here, we have tried and assemble more about Neal McDonough’s daughter, Catherine Maggie McDonough, and her whereabouts. Stick until the end to find out her endeavors.

Second Oldest In The Family

Unfortunately, Catherine McDonough’s parents are very grounded in showing their children via social media. However, she and her brother, Morgan, are a constant figure on Neal’s Instagram.

Moreover, Catherine became an older sister when her parents welcomed their third child, a daughter, London Jane McDonough, on January 11, 2010. Likewise, her two other younger siblings, Clover Elizabeth McDonough and James Hamilton McDonough, were born on August 15, 2011, and March 31, 2014, respectively.

The McDonough siblings are probably very close and enjoy quality time with their parents. Moreover, Catherine’s father often posts their family time on Instagram; thus, the family of seven has a closely knitted bond with one another.

Additionally, McDonough’s daughter, Catherine McDonough, must have developed a motherly instinct being the oldest sister among five siblings. Furthermore, the 13-year-old is growing up rapidly, sparking interest in her mother, Ruve’s earliest career, i.e., modeling.

Modeled With Her Mother For Smash + Tess

As mentioned earlier, Neal McDonough’s daughter, Catherine Maggie McDonough, is growing up into a fine and caring young lady. Moreover, she is also interested in modeling, something her mother did as a young woman.

Likewise, Neal McDonough also uploaded a picture of his wife and daughter proudly captioning their venture.

According to Catherine’s father, Neal’s post, she is modeling for Smash + Tess for the first time at age 13 alongside her mother, Ruve. He also proudly mentioned, ‘like mother like daughter!” revealing Catherine’s first photoshoot for Smash+Tess.

Besides following the modeling career, both Ruve and Catherine have a striking resemblance. Catherine’s ocean eyes perfectly compliment her brunette hair and fair complexion, and her braces make her look cute effortlessly.

Moreover, Catherine stays away from social media despite trying to establish herself in the modeling world. Also, her parents are involved in producing and directing movies. Therefore, it wouldn’t be a surprise if we see her on the big screen.

Neal McDonough’s daughter, Catherine Maggie McDonough, might also start working behind the camera in the coming days. As of now, she continues to stay away from the media scrutiny. Because she is a 13-year-old kid, her parents are adamant about keeping her whereabouts private.

Hence, with hopes of seeing more of her in the coming days, let’s guess what she will choose to do in the future.

The name Catherine means pure and has a Greek origin. Likewise, Maggie has an English origin, which means ‘pearl.’