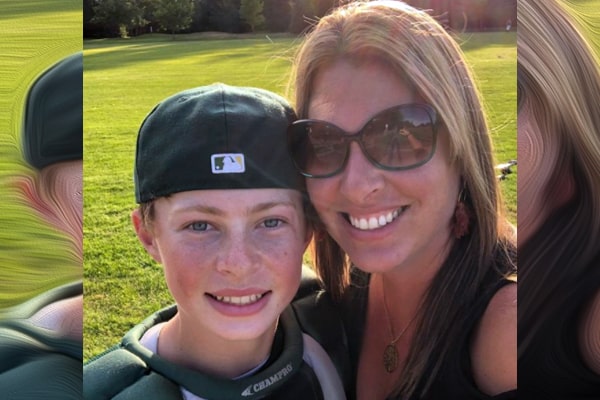 Neal McDonough is an actor-cum-producer known for his role as Deputy District Attorney David McNorris on Boomtown. He started his career in 1990 and has been working tirelessly in the entertainment industry.

Although his religious self has affected his career as an actor, Neal never compromised from being a father to his five young kids with Ruve McDonough. Therefore, here, we shall talk about Neal McDonough’s son, Morgan Patrick McDonough, with his wife, Ruve McDonough.

The oldest in the family, Morgan, embraced brotherhood for the first time when his parents birthed their daughter, Catherine Maggie McDonough, in 2007. Likewise, his younger siblings, London Jane McDonough, Clover Elizabeth McDonough, and James Hamilton McDonough, were born in 2010, 2011, and 2014 respectively.

Moreover, the McDonough siblings share a pretty close bond, given their not-so-vast age difference. They often accompany their parents to high-end events and family dinners.

Besides having similar-aged siblings, Neal McDonough’s son, Morgan McDonough has now picked an interest of his own. And it is not acting or filmmaking.

Neal McDonough’s Kid Is Into Sports

As mentioned earlier, Neal’s 18-year-old son, Morgan McDonough, has recognized his field of interest and is marching steadily to achieve his dreams. Unlike his father, Morgan seems more inclined towards sports, specifically, baseball.

Neal often posts about his son’s achievement and training sessions. In 2019, he showed how proud he was of his oldest child via an Instagram post as Morgan became the MVP  in the semi-finals and winning the provincial championship.

Morgan’s dad also added, “so proud to have coached these young men with RJ.- Go Tsawwassen A’s!” Likewise, in July 2020, Neal once again flaunted his son’s talent as a baseball player. He further detailed his game achievement, i.e., “pitched three caught 2!” before saying he’s proud of his son and the fantastic team.

Well, when you have Neal and Ruve McDonough as your parents who support you to the core, Morgan is bound to succeed one way or another. Therefore, we shall hear him play professionally in the coming days.

Besides baseball, Morgan’s parents seem to enjoy Super Bowl. What do you think? Is Morgan interested in NFL?

Talking about Neal McDonough’s child, Morgan McDonough’s career, he is yet to pick his niche. But did you know he has a great example of love at home?

Moreover, McDonough’s parents, Neal and Ruve, first met in 2000, by chance, while his father was filming Band of Brothers. Additionally, Neal claimed that he fell for his wife the moment they first locked their eyes.

In an interview, Morgan’s father also revealed that he was dating another person when he first met Ruve. Thus, Neal broke up with his then-girlfriend, claiming he’d met a woman he’s going to marry. Such a difficult thing to say to a woman you were dating with, eh?

Nevertheless, Neal and Ruve ended up being together, dated for a couple of years, and exchanged vows in an intimate ceremony on December 1, 2003. The date still lingers everywhere in Neal’s Instagram profile.

As of now, Neal and Ruve continue to share the same love and passion for one another. Moreover, Neal never shies away from sharing his devotion to his wife via social media and in person. Their family date pictures are very adorable. Morgan has a role model to look up to.

Regardless of the circumstances, we are still curious if Neal McDonough’s son, Morgan Patrick McDonough, believes in love at first sight. What do you think?

The name Morgan means Sea chief or Famous magic and has Welsh origin. Likewise, Patrick has a Latin root that means nobleman.