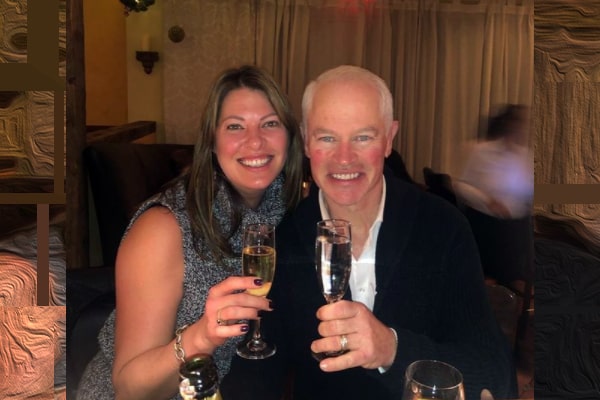 Neal McDonough is a reputed name in the entertainment industry, and his adamant behavior of not budging from his belief is commendable. He has also appeared in quite a few movies and series, including Suits, Justified, Desperate Housewives, The Guardian, etc.

Besides having exceptional work ethics, Neal is a doting father of five kids with his wife Ruve McDonough. The couple wedded in 2003 and welcomed their first kid in 2005. However, here we shall talk about the third baby in the family, London Jane McDonough. Thus, enjoy.

Moreover, McDonough welcomed five kids throughout their marriage, London Jane McDonough being the third child. She was born on January 11, 2010. She weighed 7.95 lbs and was 19 inches long at the time of birth. While talking to People, London’s mother said she had reigned top status in the family and was treated like the president in the McDonough home.

The new mom further added that London slept for four hours and had to be breastfed a lot. As an infant, London was smothered in hugs and kisses from her siblings every chance that they got.

London also has two older siblings, Morgan Patrick McDonough and Catherine Maggie McDonough, born in 2005 and 2007. Both Morgan and Cathrine were very thrilled to have welcomed their baby sister into the house. Moreover, Neal McDonough’s wife, Ruve, said that the first word out of London’s older siblings’ mouth was, “Where’s Baby London?”

The middle child of the McDonough family seems to have ventured into the acting world.

It is no secret that the McDonough couple is involved in the entertainment world as producers and actors. Thus, it wouldn’t be a surprise when one of five of McDonough’s kids chose to come forth camera.

Interestingly, it happened to be Neal’s third child, London McDonough. She seems to have made her debut as a child actor in one of her father’s movies. Although the movie’s name is not disclosed, it appears London’s parents are working on the project together.

Likewise, Neal posted a collaged picture of them together, letting London know that he and Ruve were proud of her. Alike London, her older sister, Catherine, is into modeling while her brother, Morgan, seems to have found his passion in sports.

Additionally, looking at the caption of London’s father, he is more likely to launch his kids in the entertainment industry in the coming days. Well, family business sounds pretty great.

Neal McDonough’s daughter, London McDonough, is only 11 years old and is yet to conquer much more in the world. Thus, let’s hope to see her blossom into a beautiful and talented woman in the future, working her way up in the film industry.

The name London means ‘From The Great River’ and has English origin. Likewise, Jane also has an English origin which means ‘God is gracious.’