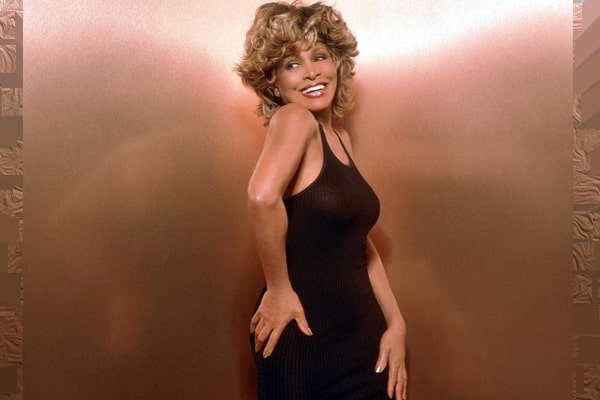 Tina Turner is a veteran icon who actively worked in the music industry until her late 70s. The Queen of Rock ‘n’ Roll rose to fame as the lead singer of Ike & Tina Turner before launching her solo career. Furthermore, having sold over million copies, Tina became one of the most influential singers, songwriter-cum-actress of all time.

Despite having a triumphant career, Tina went through a difficult marriage with another iconic singer, Ike Turner. The couple welcomed a son together and Tina also adopted two of her husband’s kids from his former relationships, Ike Turner Jr. and Michael Turner.

Here, we shall talk about the whereabouts of Tina Turner’s son, Michael Turner, who stays away from the media approach.

Ike and Lorraine Taylor birthed two kids throughout their relationship, Michael Turner being the youngest. He was born a year later than his brother, Ike Turner Jr, in 1959. Although the 62-year-old was born to Ike and Lorraine, he was adopted by legendary singer Tina Turner after exchanging vows with his father, Ike, in 1962.

Sadly, Tina Turner’s son, Michael Turner, has been maintaining privacy since day 1. He is, in fact, one of the least spotted children in the Turner household. Well, his brother, Ike Turner Jr. once talked about his medical condition with the Daily Mail. Apart from his biological brother, Ike Turner’s son, Michael has three more siblings from his father’s side and one from his adopted mother’s previous relationship.

Michael Turner’s brother, Ronnie Turner was born to Ike and Tina. Likewise, his step-brother, Craig Turner was born from Tina’s previous relationship. Similarly, he has two half-sisters, Mia Turner (with Ann Thomas, in 1969) and Twanna Melby Turner (born in 1959 to Pat Richard).

Michael is allegedly in a convalescent home in Southern California and needed medical support. Although the kind of illness was not explained, Ike did reveal that their estranged mother, Tina, sent him money.

Although there isn’t much about Ike Turner’s son Michael Turner’s details on the internet to this day, we do know a few events that occurred in his life. Thus, let’s move on with it.

Father Died Of OverDose In 2007

As mentioned earlier, Tina Turner’s son, Michael Turner, is a very secretive person. But, because his parents are stars, events in their lives were not excused by the media.

In 2007, Michael lost his beloved father, Ike Turner. He reportedly died of a cocaine overdose followed by other conditions such as hypertensive cardiovascular disease and emphysema. Notoriously known for his drug abuse, Turner became reclusive towards the end of his life and told his assistant, Falina Rasool, that he wouldn’t make it until Christmas.

Well, Ike Turner’s star-studded funeral was held on December 21, 2007, at the City of Refuge Church in California. Phil Spector, Solomon Burke, Little Richard, and Michael’s brother, Ike Jr, spoke at the funeral. Moreover, Ike was cremated after the funeral service.

Interestingly, Michael Turner’s mother, Tina Turner, did not attend the funeral because she could not make peace with her former partner.

Turner’s Older Brother Accused Their Mother Of Abandoning Them

Besides losing a father, Ike Turner’s son Michael Turner also lost his mother in some manner. Tina. According to Ike Jr, Tina had cut off all contacts from them.

Ike further believes that after Tina met her long-time partner, Erwin Bach, she turned her back on him and his siblings in the U.S.

As mentioned earlier, despite cutting off contacts from the Turner family, Tina sent money for Michael’s medical need in California. However, she did not visit him in the convalescent home.

Sadly, because of Tina Turner’s son, Michael Turner’s secretive nature, he has managed to keep his lovelife away from the media as well. Therefore, we hope he is in good mental and physical health today.

Michael is a Hebrew name that means “who is like God?”