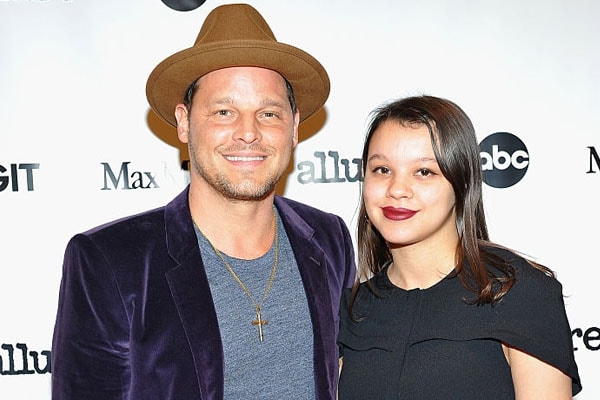 As stated above, the beautiful Isabella is the oldest among Justin Chambers’ five children and has got a lovely bond with every one of them. In the past, Isabella Chambers along with her family attended various programs and events.

Isabella’s small twin sisters, Kaila Chambers and Maya Chambers are famous on Instagram. Unlike them, Isabella is a bit more secretive. Isabella Chambers’ Instagram account “allergic.to.your.attitude” has got over 500+ followers as for December 2018 and is private. As for Kaila and Maya, they upload different photos and picture on their account.

Eva Chambers, the youngest sister of Isabella Chambers is a bassist in a band called Pinky Pinky. And as for the smallest sibling, her brother Jackson Chambers, he is into sports and swimming. Jackson is also very fond of animals and loves spending time with them.

As the eldest sibling of them all, we bet Justin Chambers’ daughter Isabella Chambers takes good care of all her younger sister and brother.

Alongside being close to all her young siblings, Isabell is also very close to her parents. The 24-year-old Isabella tends to hang out with her father a lot. She attends different events with him too. And everytime Justin Chambers uploads photos of his daughter, there are tons of people commenting on how her daughter resembles him.

Isabella is also very close to her mother Keisha too.

The name Isabella is a variant of Isabel, which itself is a variation of Elizabeth which means “devoted to God.”