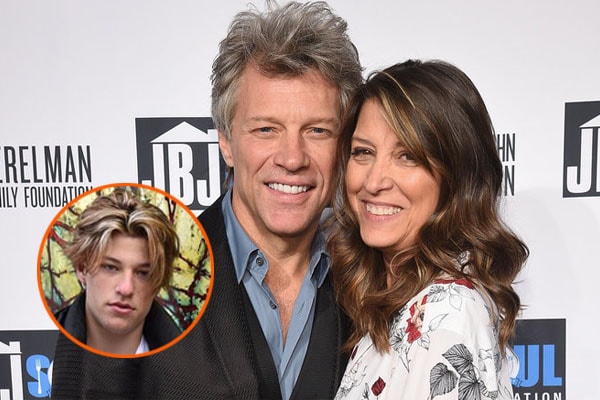 Jon Bon Jovi‘s son Jacob Hurley Bongiovi was born on May 7, 2002. Jacob is the second son and third child of Bon Jovi, together with wife Dorothea Hurley.

So, without any further delay, let’s get straight down and know more about Jon Bon Jovi’s son, Jacob Hurley Bongiovi.

The rock idol Bon Jovi has made sure to pass down his good looks upon his descendants. Jacob Hurley is another handsome son of Bon Jovi, who looks exactly like his dad. But like his older brother Jesse, he has also not followed the trail of their musician dad, Bon Jovi.

We wonder why they don’t share music passion with their dad, who is one of the iconic rock stars. But anyway, they are proud to have such a great artist as their father.

Jacob is a high school graduate from the Pennington School, New Jersey. We can say for sure the handsome lad had much fun during school years playing football. He looks so cool and more attractive while he is on the ground. Both Jacob and his brother, Jesse, are football freaks.

Perhaps Jacob is pursuing a career in football only. He frequently posts photos of his football matches and warm-ups on his Instagram. Jacob’s dad, Bon Jovi must be happy to see his son making something out of his passion. Hope Jacob thrives as one of the best footballers in the future and makes his family very proud of him.

The dashing Jacob is all sporty and adventurous. Jacob has collected plenty of fun memories from the adventures he went to, and they are all on his Instagram’s wall. We guess his life’s motto is to make every moment worth enjoying as he can be seen cheerful most of the time.

Jacob is goofy as his brother Jesse calls him. But he is goofy in the cutest way, and his photographs on Jesse’s Instagram stands proof. Well, we see that Jacob and Jesse have good bonding. He is the kind of person whom no one would regret meeting for sure.

Private About His Love Life

Well, Jon Bon Jovi’s son is very private when it comes to his love affairs and relationships. He has not revealed anything that’s related to his love life. It’s hard to know whether handsome Jacob is in a loving relationship or not.

Even if he is in a loving relationship with his partner, she must be very lucky to have him as her partner. Nevertheless, in a nutshell, Jacob is very private about his love life and relationships.

The name Jacob is for a boy. It is derived from Hebrew name Yaakov which means seizing by the heel or supplanting. Hurley is the last name of Jacob’s mother, Dorothea.