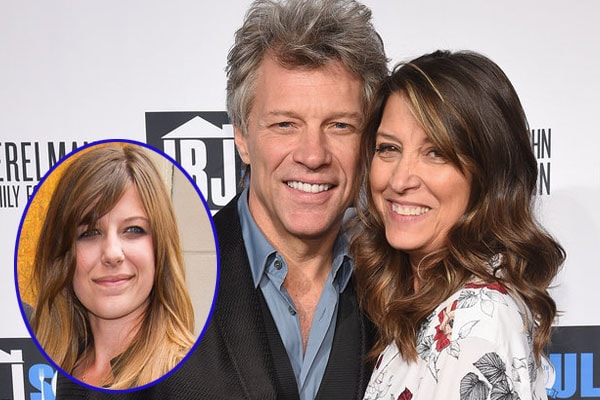 Unlike her father Bon Jovi, Stephanie Rose has a normal profile among the public. There aren’t many details about her but she has shared a few pictures of her on social media where she has walked on the ramp. It somehow gives us the fact that she must be a model to some point.

Stephanie is one of the celebrity kids who is known by their famous parents. Even though there is less publicity about Rose in her career as a model, her dad Bon Jovi often gives the appearance of his daughter by involving her on many events. She has attended 52nd Grammy awards with her parents also.

Besides, she has also appeared in 33rd Annual Rock & Roll Hall Of Fame Induction Ceremony, opening night show of the Broadway musical “Hamilton” and many more where we get to know more about her. She was involved in many events including Bon Jovi’s 2017 concert in Las Vegas.

Bon Jovi had a tough time dealing with the daughter’s involvement with drugs. On top of that, being a celebrity, such things were beyond bearable for him. Bon Jovi shared that he got a call from college that her daughter was using heroin which terrified him for a while. Stephanie was caught at Hamilton College. Because of overdose, Stephanie was rushed to the hospital which took the family to awestruck.

Despite the fact, Stephanie shares a special bond with her father, Bon Jovi. Jon once wrote a song titled ‘I’ve got a girl’ to dedicate his daughter in which she has performed the dance with him on stage.

When Stephanie Rose Bongiovi graduated in 2017, her father Bon Jovi looked proud and happy. She was awarded a liberal arts degree during the New York City school’s commencement ceremony.

Stephanie is a Greek word meaning ‘Crown’. The name Rose is a Germanic word which means the fragrant f rose.