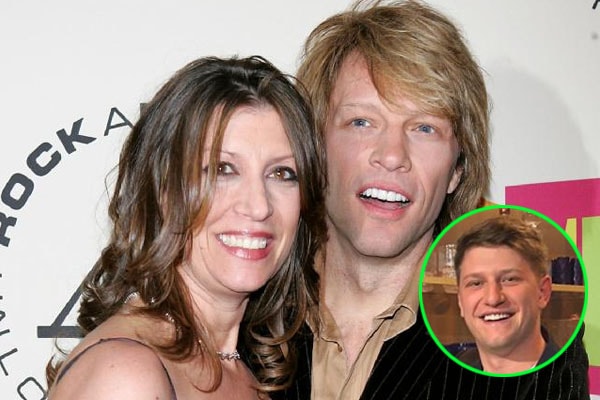 Jesse Bongiovi, Jon Bon Jovi‘s son with wife Dorothea Hurley, was born on February 19, 1995. Jesse is the second child of Jon Bon Jovi and Dorothea together.

The handsome Jesse Bongiovi is the eldest of three sons of Jon Bon Jovi. He has one older sister Stephanie Rose Bongiovi and two younger brothers, Jacob Hurley Bongiovi and Romeo Jon Bongiovi.

Jon Bon Jovi’s eldest son Jesse Bongiovi looks no less than himself.  Although Jesse does not share the passion for music with his rock star dad Bon Jovi, he has certainly inherited his father’s coolness and his handsome face. The rock icon’s son graduated from Notre Dame University, and he was in the university’s football team. Wait until you see how cool he looked when he geared up for the match.

2019 marks Jessie’s twenty-fourth birthday, and he has already achieved so much in life. He is an entrepreneur as well. Jesse is the owner of the Hampton Water Wine Company which is his joint venture with his dad Bon Jovi and friend Ali Thomas. In a conversation with CNBC, the young entrepreneur Jesse’s dad shared people like the product and Jesse would not have made a product that he was not proud to share. Well, next time you throw a party, you know what to order.

Besides being a successful entrepreneur, Jesse is also a great sibling. It seems like he has good bonding with his brothers Jacob and Romeo. Once in a while, he shares silly yet cute pictures of his brothers on his social media. He is an inspiration to his little brothers as well. All of the members of the Jovi family must be proud of Jesse who is warm and cheerful.

Jesse is a name for a boy. It is Hebrew originated name which means gift.