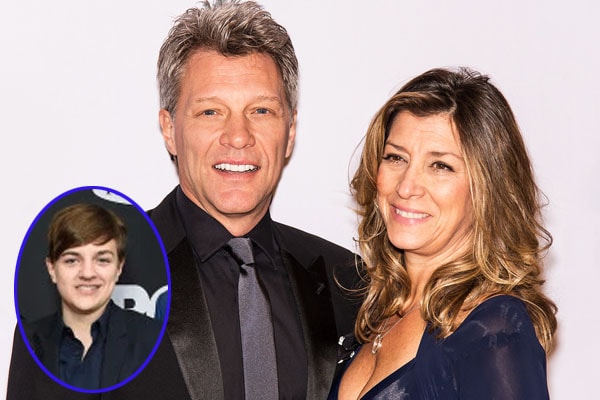 Romeo Jon Bongiovi is the son of the American rock band member Bon Jovi who was born on March 29, 2004. He is the youngest child of Bon Jovi with his wife, Dorothea Hurley. Romeo’s mother Dorothea is a Karate Instructor.

The singer-songwriter, Bon Jovi has limitless things going around his life: the band tour, albums, and rumors. However, Bon Jovi and his wife Dorothea never drag their kids to the elderly things. The couple has tried hard to maintain the normal environment among the kids due to which it is rare to find about their kids on social media. Romeo was once spotted with his father while going out to play basketball.

Unlike other celebrity kids, Jon Bon Jovi’s son Romeo keeps his profile low from social media and the only time we get to know about him is through Bon Jovi. Romeo has attended several awards with his family including Grammy Awards. He has the cute dimple and smiley face which give us some clue that he must be cherishable.

Romeo’s parents are one of the strongest couples in Hollywood. They were childhood sweethearts and have been together since 1989. They have always tried to keep their children away from social media and Bon Jovi’s wife Dorothea never tries to interfere with Bon Jovi’s personal work. It helped her and her kids to lead a normal life, and this is the consequences of how far the family has been good together.

However, in 2012, Romeo’s sister Stephanie Rose was rushed to the Hospital when she was found taking opioids in College. It took the little Romeo Jon Bongiovi and his family to face negative impressions from the public. However, now she is recovering, and the family has overcome from that terrible situation.

Bon Jovi shared that he once offered his sons to come by his concert, but to his surprise, the kids refused the ticket. So that’s how Romeo and his brothers keep their profile low from social media.

Romeo is an Italian baby name. It means the pilgrim from Rome. The name Jon is originated from English meaning ‘Favor and Gracious.’