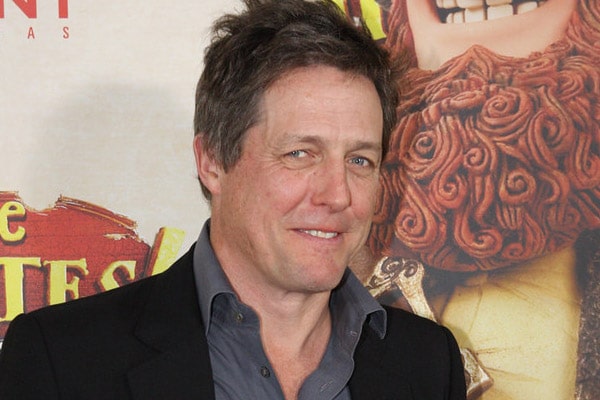 ‘Love Actually’ star Hugh Grant is no more a bachelor. He is in a marital relationship with the Swedish TV producer Anna Elisabet Eberstein since 2018. Eberstein is the mother of Hugh Grant’s son John Mungo Grant and the other two kids.

Hugh Grant’s son with wife Anna Eberstein, John Mungo Grant, is the first child of the couple together. Let’s know more about this celebrity kid here.

Born in September 2012, John Mungo Grant is the second child of Hugh Grant. Before John, his father, Hugh had a daughter, Tabitha Xaio Xi Grant, from his previous affair with Tinglan Hong. Nevertheless, John is the first child of Hugh with his beloved wife, Anna.

Three months after the birth of John, his father, Hugh, welcomed his brother Felix Chang Hong Grant with ex-partner Tinglan. At the time, John’s mom Anna and dad Hugh, were not tied in a marital knot. They were just in a romantic relationship.

As mentioned earlier, John’s father Hugh has two children, John’s half-siblings, Tabitha Grant, and Felix Grant, with ex-girlfriend Tinglan Hong. John and Felix are of the same age, whereas his half-sister Tabitha is just one year older than him.

Besides two half-siblings, John has two more siblings. His sister, whose name is still not revealed, was born in December 2015. In the same way, John’s youngest sibling, whose gender is also not made public yet arrived in March 2018.

John’s momma Anna and papa Hugh walked down the aisle in May 2018 in London at the Chelsea Register Office. In the low-key wedding ceremony, Grant was in a black suit, whereas Eberstein was in a fitted shirt and a mini skirt. Although the marriage function was small, a few prying media captured their moment in the camera.

The parents of John Mungo dated each other from 2012 to 2018 along with short-duration separations in between before marrying in 2018. Regardless of all those separations, past relationships with various women, John’s father Hugh, finally got hitched legally.

Hugh Grant’s son, John Mungo’s life, is low-key. May be John’s parents don’t want anyone to interrupt his life. Even though he is a celebrity kid, his celebrity dad Hugh and mom Anna prefers him to maintain a private life. The eight years old John is too young to be a part of social media pages.

Anna Eberstein and her husband Hugh Grant give rare appearances in the media interviews. During those rare interviews, Hugh does talk about his mischievous and mobile-addicted children, but sadly he doesn’t open much about their education and more. It looks like the father of five, Hugh Grant, wants his son and other kids to stay away from paparazzi and live a casual life. Hugh Grant’s private life with five children is indeed a complicated one.

Let’s hope to see the photos of Hugh Grant’s son John and his other offsprings with their parents soon.

The name John is a Hebrew origin name, which means ‘God is Gracious.’